Pittsburgh-based paints and coatings manufacturer PPG announced a historic change in its business operations lineup, as well as to its executive board, Thursday (July 21).

After more than 130 years in the segment, PPG says it will sell off its flat glass business to the largest glass producer in Mexico for approximately $750 million.

News of the intended sale coincided with an announcement that long-time executive and leader Charles E. Bunch plans to retire as executive chairman of PPG’s board of directors.

Vitro S.A.B. de C.V., of San Pedro Garza García, Nuevo León, and Pittsburgh, PA-based PPG have reached an agreement in which Vitro will purchase the assets of PPG’s flat glass manufacturing and glass coating operations, according to the companies. 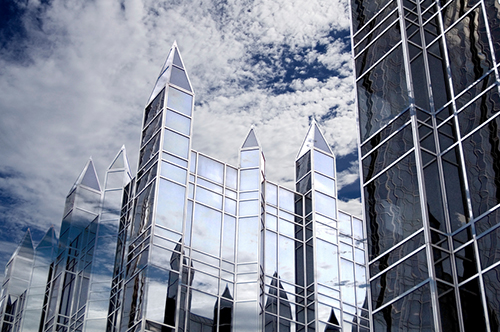 © iStock.com / 169 Kristin Smith
PPG plans to divest its flat glass operations and focus on its core paint and coatings business.

Founded in 1883, PPG, known then as the “Pittsburgh Plate Glass Company,” operated the first successful plate glass factory in the U.S., according to the company. Today, its flat glass business has approximately 1,200 employees and primarily produces glass products used in commercial and residential construction.

The historic deal, subject to customary closing conditions, is expected to close by the end of 2016.

The transaction would include the following operations:

“This transaction represents the end of an historic era for PPG as a manufacturer of flat glass, and it is another major step in our portfolio transformation to focus on paints, coatings and specialty materials,” said Michael H. McGarry, PPG president and chief executive officer.

“Upon completion of this transaction, the flat glass operations will become part of a company that is focused on growing its core glass business.”

The company first started building its coatings business around 1900.

Vitro’s Chairman of the Board Adrián Sada González added in a statement, “Through this acquisition we will be putting together more than 200 years of experience in the production of glass and will continue to meet Vitro's commitment to our shareholders and stakeholders of creating value, by acquiring a leader in flat glass and glass coatings technology that participates in one of the most important and high value added markets in the world.”

Currently, Vitro has no significant market penetration in the U.S.

Upon completion of this transaction and PPG’s recently announced transaction to divest its European fiber glass operations, approximately 98 percent of PPG’s business portfolio will be focused on paints, coatings and specialty materials, the company says.

The grand portfolio transformation was accelerated under the leadership of Charles E. Bunch. After 37 years with the company, Bunch, 66, will retire from his position as executive chairman, effective Sept. 1. Current president and CEO McGarry will succeed him as chairman, effective the same day.

Since joining PPG in 1979, Bunch has held many leadership roles. In July 2002, he was named president, chief operating officer and board member, and in March 2005, he became president and CEO. He served as PPG chairman and CEO from July 2005 to August 2015.

He has served as executive chairman of the PPG board of directors since September 2015.

A native of Philadelphia, Bunch earned a degree in international affairs from Georgetown University and an MBA from Harvard University.

“On behalf of the PPG board of directors, we want to recognize Chuck’s outstanding leadership and strategic vision in guiding PPG through one of the most important and impactful time periods in its 133-year history,” said Hugh Grant, PPG independent lead director and chairman and CEO of Monsanto Company.

“Chuck’s leadership has strengthened PPG’s position and set the company on a solid path for future growth and success. We thank him for his many contributions and wish him the very best.”