After 25 years without a change, fines for U.S. companies that violate worker-safety regulations are about to make a significant jump.

Last November, Congress passed the Bipartisan Budget Act of 2015, which included a “catch-up adjustment” in maximum fines for the Occupational Safety and Health Administration in 2016. OSHA fines had previously not changed since 1990. 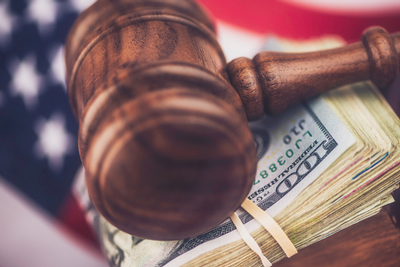 After this one-time “catch-up” measure to make up for more than 25 years of inflation, OSHA has been directed to revise its fines annually, to avoid such a radical adjustment in the future.

The rate adjustments will apply to penalties the administration hands down after Aug. 1, applying to violations uncovered after Nov. 2, 2015.

In addition to hiking the standard OSHA violation penalties, the Department of Labor announced it will more than double the penalty for failure to report termination of payments made under the Longshore and Harbor Workers’ Compensation Act, from $110 to $275. That fine, the Department notes, had only increased $10 in the past 89 years.

The Wage and Hour Division of the DOL will also increase its penalty for willful violations of the minimum wage and overtime provisions of the Fair Labor Standards Act, from $1,100 to $1,894.

The Department of Labor notes that the increase is necessary to ensure that fines are a deterrent to unsafe practices.

“Civil penalties should be a credible deterrent that influences behavior far and wide,” said U.S. Secretary of Labor Thomas E. Perez. “Adjusting our penalties to keep pace with the cost of living can lead to significant benefits for workers and can level the playing field responsible employers who should not have to compete with those who don’t follow the law.”