Vote to Preserve a Park

Twenty national historic sites and structures are in the running to receive $2 million in grants for preservation and restoration projects.

The sites competing in the 2016 Partners in Preservation: National Parks campaign—organized by American Express and the National Trust for Historic Preservation—include pioneer cabins, watchtowers and scenic overlooks located in national parks from Alaska to Puerto Rico. 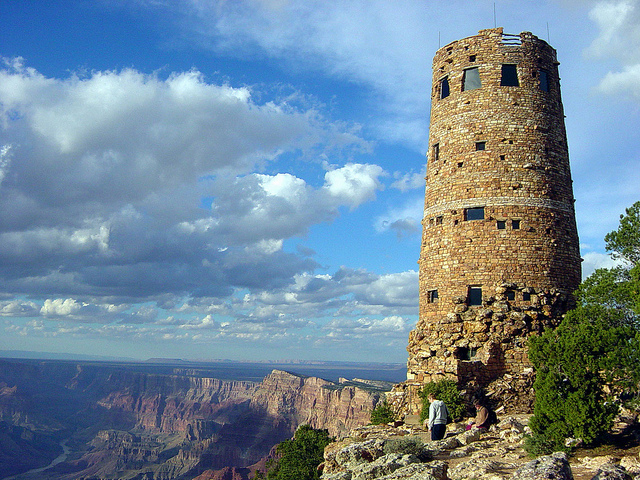 NPS photo by Michael Quinn
The Desert View Watchtower is one of the most prominent architectural features on the South Rim of Grand Canyon National Park in Arizona.

The grant recipients will be determined by popular vote. You can vote for your favorite parks through July 5 on VoteYourPark.org, the online portal hosted by National Geographic, the campaign’s official media partner. By voting daily, supporters can also enter a sweepstakes for a chance to win a trip to Yellowstone National Park sponsored by National Geographic.

The national parks’ sites with the most votes at the end of the voting period will be awarded grants for historic restoration projects.

The public is also invited to share their national park experiences on social media and celebrate these sites using #VoteYourPark and tagging @savingplaces on Instagram and Twitter posts.

"Since the inception of our national park system a century ago, the parks’ cultural resources have been central to the visitor experience and telling the full story of our nation’s diverse history," said Stephanie Meeks, president and CEO, The National Trust for Historic Preservation.

"Today, two-thirds of our more than 400 national parks are dedicated to cultural and historic significance."

While the Partners in Preservation: National Parks program has been established for a decade, this is the group’s first public campaign.

The national sites and structures vying for the preservation funds are listed below, along with brief descriptions.