A number of contractors in Denver and North Dakota are facing fines for violating federal law regarding work done on older buildings that might contain lead paint. 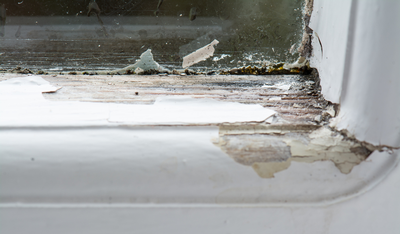 © iStock.com / 22kay22
The Renovation, Repair and Painting rule, which went into effect in 2010, sets federal guidelines for companies doing work on houses, child care facilities and kindergartens that were built before 1978.

The U.S. Environmental Protection Agency announced Tuesday (June 28) that it had reached agreements with two companies in Denver and three in Colorado, after alleged violations of the Renovation, Repair and Painting rule (RRP).

The RRP rule, which went into effect in 2010, sets federal guidelines for companies doing work on houses, child care facilities and kindergartens that were built before 1978, the year lead was outlawed as a component of residential and commercial paints. Firms working on such projects must be certified and must follow EPA rules for limiting the risks associated with old lead paint that might be unsettled during work.

In Denver, KSK Builders LLC and HomeWrights LLC both agreed to terms with the EPA. The HomeWrights allegations resulted in the largest fines among the agreements announced Tuesday; that company will pay $9,400 to resolve the matter, according to the EPA.

The EPA alleges that HomeWrights conducted a renovation without keeping proper RRP documentation and without including a certified renovator on the project. The renovation included window replacement, according to the agency. HomeWrights has since become an RRP-certified firm.

KSK allegedly performed an exterior renovation without the proper certification and documentation; that firm is set to pay $2,000 in the matter, the EPA says.

In North Dakota, three firms are expected to pay between $2,000 and $2,800 each to remedy their alleged violations. JH & JH  Properties (Fargo), Clooten Siding & Window (Bismarck) and Buechler Construction (Bismarck) all entered into agreements based on RRP violations, the EPA says.

The EPA's Region 8 office says firms doing work on RRP-relevant buildings should expect the agency to keep a close eye on them; an initiative to evaluate RRP compliance, begun in 2015, resulted in these violations coming to light.

“Protecting children’s health is a central part of EPA’s mission,” said Suzanne Bohan, director of EPA’s regional enforcement program. “EPA is taking a close look at neighborhoods where lead-based paint is a concern by providing residents with information about potential health impacts and making sure contractors are following requirements that reduce exposure in homes.”

Lead exposure, especially in children and pregnant women, can lead to problems including developmental issues and learning disabilities. According to the Centers for Disease Control and Prevention, there is no known level of lead in the blood that can be considered safe.

“Lead-based paint is a significant source of lead poisoning for children,” Bohan said. “These settlements reflect EPA’s commitment to take action against companies that fail to take the necessary steps to educate residents and minimize exposure.”