President Signs Off on Pipeline Safety

The “Protecting our Infrastructure of Pipelines and Enhancing Safety (PIPES) Act of 2016” renews the federal government’s pipeline safety program through 2019 and requires the agency to update safety regulations, increase transparency and embrace emerging technologies. 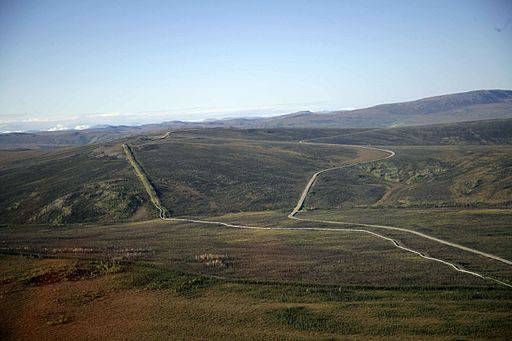 By Hillebrand Steve, U.S. Fish and Wildlife Service / Public domain via Wikimedia Commons
U.S. President Barack Obama signed into law the "Protecting our Infrastructure of Pipelines and Enhancing Safety (PIPES) Act of 2016," which reauthorizes the federal pipeline safety program through 2019.

Bill Number S.2276 passed both houses of Congress earlier this month, clearing the House on June 8 and the Senate on June 13 before reaching the president’s desk for approval.

“We came together, Republicans and Democrats, to improve pipeline safety, and we got the job done with this important law,” the House Transportation and Infrastructure Committee said in a statement.

“Every day, American families and businesses depend on safe and efficient energy transportation,” it added. “The PIPES Act will ensure that our nation’s 2.6 million miles of pipelines continue to provide critical access to energy, and we are proud of the bipartisan work that made this effort a success.”

PHMSA, an agency of the U.S. Department of Transportation, was formed in 2004 and charged with developing and enforcing regulations for the safe, reliable and environmentally sound operation of the millions of miles of pipelines used to transport 64 percent of the energy commodities consumed in the country.

PHMSA’s regulatory programs are focused on ensuring safety in the design, construction, testing, operation, and maintenance of pipelines.

The PIPES Act of 2016 ensures the agency will close gaps in federal standards, enhance the timeliness of rulemakings, promote better use of technology and data, and leverage state and federal resources.

Importantly, under the new law, the agency now has emergency order authority that focuses on the pipeline sector in terms of how events will affect public health and safety, the network itself, and customers.

The bureau will also see a 2 percent annual increase in funding during the authorization period.

As reported earlier, the legislation sought to speed up the completion of overdue safety regulations from the 2011 reauthorization law. According to the House committee, the 2011 Act included 42 specific directives for PHMSA to carry out to improve pipeline safety, of which PHMSA has currently completed only a little more than half.

The new law requires PHMSA to complete those requirements and update Congress every 90 days on the status of each, including reasons for it remaining incomplete and a target completion date.

In terms of corrosion control, the law passed with provisions that call for the Government Accountability Office (GAO) to play a role in the program by examining the latest innovations in pipeline materials, corrosion prevention technology and training.

The GAO is also required to examine the use of technology that can improve third-party damage prevention, deemed a leading cause of releases.

Moreover, in an effort assist the PHMSA in its rulemakings, the GAO is to deliver two reports on the effectiveness of integrity management programs for both natural gas and hazardous liquids pipelines.

The new law mandates the newest issues cited during House and Senate consideration as well.

Moreover, it updates regulations for liquefied natural gas facilities to meet changes in technology and markets, as well as national security considerations.

The act includes provisions ensuring that pipeline operators will receive timely post-inspection information from PHMSA that will ultimately enable them to improve their safety efforts, as well as that product composition information will be promptly provided to first responders after an incident.

A working group—composed of PHMSA, states, industry stakeholders and safety groups—is also tasked with providing recommendations on how to create an information sharing system to improve safety outcomes.

Additionally, the agency is authorized to look into the possibility of developing a national integrated pipeline safety database that would deliver a clearer picture of federal and state safety oversight efforts.

Industry response to the passage of the act at this time focuses primarily on the teamwork exhibited by Congress to achieve a safer and more efficeint pipeline safety program.

However, Gene Elrod, an attorney who co-leads the global energy practice for Sidley Austin LLP, told Natural Gas Intelligence that there is still much work to be done in terms of the legislation.

“It’s safe to assume that all stakeholders—the pipeline industry; shippers; local and state governments; and watchdog groups—will be intensely involved in that rulemaking process over the next 60 days and beyond to make sure their views are heard and captured in the final regulations.”