A.W. Chesterton Company, a manufacturer of high-performance protective coatings, industrial fluid sealing systems and specialty industrial lubricants, has named one of its own to advance to the role of president and CEO.

“I intend to focus on profitable sales growth by concentrating on exceptional customer service, technology leadership and innovation, and unparalleled product quality,” Chesterton said of his new role. 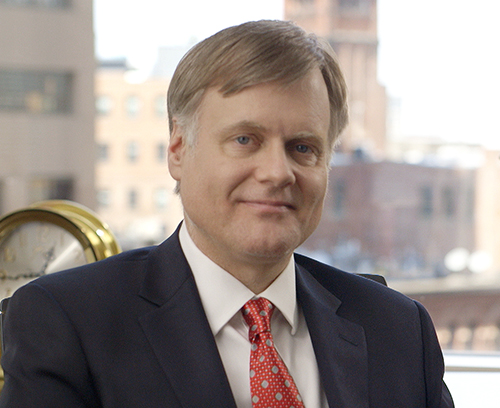 “We will return to the intensive, global, solutions-oriented approach to support the customers’ immediate sealing and equipment reliability challenges,” he added.

O’Donnell will continue to act a senior advisor on a variety of projects through the end of the year.

Chesterton built his skill set through 29 years of hands-on experience in the family business, according to the manufacturer.

He began his career in customer service after earning his bachelor’s degree from Duke University and an MBA from Babson College.

Then, in an effort to learn every aspect of the business, Chesterton took on many different roles in the business, ranging from sales and business strategy to information technology.

With the Chesterton’s appointment as the new president and CEO, the company returns to its family leadership and founding values, the company noted.

“Since its founding, the A.W. Chesterton Company has been steeped in the values of Arthur Wellington [Chesterton] himself, who, from the very, beginning was dedicated to his customers, distribution partners, and employees,” said John Carroll on behalf of the Board of Directors.

“We are thrilled that he has agreed to take the helm at this important moment in our company’s history.”

Arthur Wellington Chesterton founded his company in 1884 on Boston’s waterfront as a steamboat and engineering supplies business before expanding the business to deliver a broader range of industrial sealing solutions.

Today, Chesterton has more than 1,250 employees and 500 sales and service locations in 113 countries and has been recognized over the years with many awards for its mechanical seal, packing and lubrication technology.