New research suggests reflective roof coatings and other technologies work to combat the “urban heat island effect” even in cities covered in snow for several months out of the year. 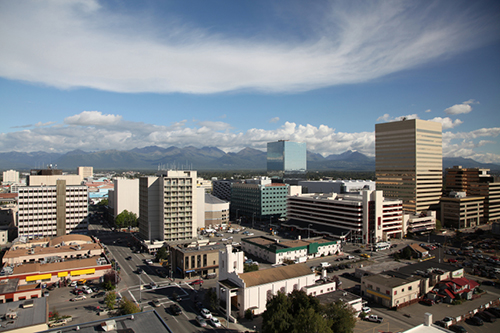 No matter the location, urban temperatures are typically several degrees higher than those in suburban and rural areas. These “heat islands” lead to increased discomfort, higher air-conditioning bills and denser smog, Akbari says.

He recently led a study, published in the journal Energy and Buildings, which found that cool roof technologies not only work in colder climates, but also provide net energy and cost savings.

Concordia announced the research Tuesday (May 31).

“Using a cool roof on a commercial building in cold climates is typically not suggested based on the presumption that the heating penalties may be higher than the cooling savings,” says Akbari, who teaches in the university’s Department of Building, Civil and Environmental Engineering.

“Our research shows that any improvement to a roof that limits the summertime solar heat gain actually results in energy-cost savings for the building owner, as well as a reduction in the building's overall environmental impact.”

Cool roofs in the simulated buildings resulted in annual energy expenditure savings in all the cities studied, the research announcement said.

The engineers also showed that cool roofs can reduce the peak electric demand of the retail buildings by up to five watts per square meter.

Many cities, including Los Angeles, have enacted regulations requiring the use of cool roofs on new buildings or on re-roofing projects.

Akbari believes his research proves those types of building codes should be applied in colder climates as well.

In fact, he thinks cool roofs should be the global standard.

The study was supported by the Natural Sciences and Engineering Research Council of Canada.