A St. Louis-based manufacturer of high performance coatings, linings and fireproofing products has completed an acquisition of a Chinese joint venture.

Carboline, a subsidiary of RPM International Inc., of Medina, OH, has acquired the remaining 51 percent interest in Carboline Dalian Paint Production Co. Ltd., it said in a statement May 18. 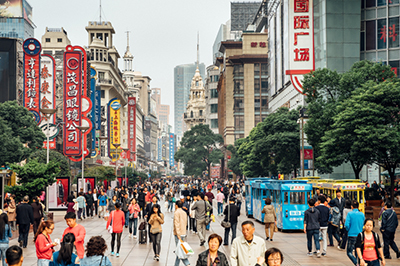 Terms of the transaction, which is expected to be accretive to earnings within one year, were not disclosed. As of May 18, however, Dalian Paint operates as a subsidiary of Carboline.

Located in Dalian, China, the company also has operations in Shanghai, Tianjin, Guangzhou and Hong Kong.

Carboline acquired its initial 49 percent interest in the company in 2009.

At that time, UniChemical Company, originally a Carboline licensee and Carboline’s long-standing partner in the joint venture, held the remaining 51 percent. Carboline Dalian was a subsidiary of UniChemical.

“Now, with full ownership of the business, we can accelerate the growth of Carboline in the region and enable it to serve as a platform for our other subsidiaries to increase their penetration throughout the Chinese marketplace,” he said.

The company employs approximately 13,000 people worldwide and operates 116 manufacturing facilities in 26 countries. Its products are sold in approximately 170 countries and territories.

Fiscal 2015 sales were $4.6 billion, with 65 percent to industry worldwide and the remaining 35 percent to consumers mainly in North America.