A former executive for a publicly funded mental health agency in North Carolina and a contractor face decades in prison for allegations of bribery, conspiracy and fraud in a 47-count indictment. 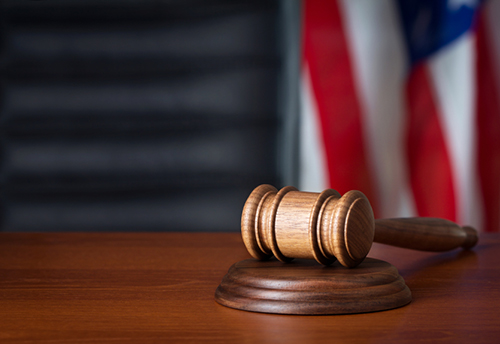 © iStock.com / AlexStar
The U.S. Attorney's Office said it is seeking the forfeiture of more than $577,000 of the proceeds traced back to the alleged acts.

A copy of the indictment was not immediately available Friday (May 27) for review.

A June 2015 auditor investigative report accused the former CFO, who was not identified at the time, of accepting $547,595 worth of kickbacks from two unlicensed contractors.

The audit said $143,041 was used to purchase three vehicles without documented business purposes and $157,565 was spent on Eastpointe credit cards for “questionable” purchases.

Another $18,600 was allegedly used to purchase equipment, including a tractor, for personal use.

The audit said the CFO approved more than $1 million in payments to the two contractors, an LP-gas servicemen and a firefighter, for renovations, including painting, drywall and flooring, at the agency’s offices.

According to the audit, those contractors then wrote personal checks back to the executive. One of the contractors said the former CFO told him he had paid for the materials for the job out of his personal funds and needed to be reimbursed.

The contractors submitted undated invoices to Eastpointe that failed to include adequate descriptions of the work performed or materials used. One of the contractors was accused of writing 16 personal checks between 2010 and 2013.

Agency documents identified Canupp as the CFO during the period the audit covered.

Canupp was arrested in December 2015 on charges of financial card fraud and embezzlement, local reports related, noting that an indictment on those charges has not been returned.

“As alleged, embezzling hundreds of thousands of taxpayer dollars meant for crucial federal and state programs to include care for mentally ill and developmentally disabled patients just to enrich yourself is a serious betrayal of trust,” said Special Agent in Charge Derrick L. Jackson.

In a statement, Eastpointe officials say the indictment marks “another milestone […] as our organization has moved past these events and emerged as a stronger organization.”

“Since Eastpointe learned of this alleged misconduct, we have remained fiercely committed to maintaining strong financial oversight, controls, and policies,” the statement continued.

Eastpointe is one of nine agencies across North Carolina responsible for the management of the state’s public system of mental health, developmental disabilities and substance abuse. It manages about $310 million in funding from federal (Medicaid), state and local sources, and serves 12 counties.

The U.S. Attorney's Office said it is seeking the forfeiture of more than $577,000 of the proceeds traced back to the alleged acts.