A Florida jury has ordered America’s largest homebuilder to pony up $9.6 million to remove and replace defective stucco, roofs and windows in a 240-unit complex in Jacksonville.

Following years of litigation and a 38-day trial, on May 19, the six-member jury found D.R. Horton, based in Fort Worth, TX, negligent when it constructed Heron’s Landing, according to First Coast News. 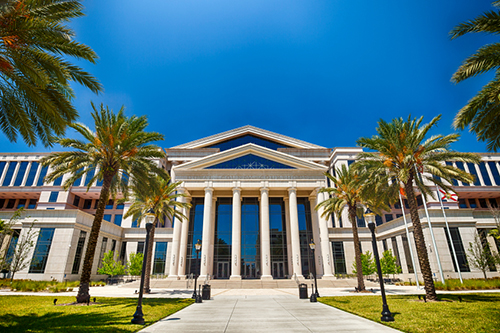 Heron’s Landing consists of 20 residential buildings that were designed and constructed at different times, according to the original complaint.

During the trial, condo owners and experts reportedly told jurors that the buildings violated Florida building code provisions and were defective.

Structural engineers testified that the stucco at Heron’s Landing was "incorrectly mixed, insufficiently thick and improperly applied," according to First Coast’s coverage of the case.

The structural defect case was brought in June 2013 by the condo association rather than the individual owners. The jury award does not include punitive damages.

“There are so many developer/builders that build these complexes, walk away from it, and don’t look back,” Karen Floyd, Heron’s Landing property manager told the news bureau in response to the verdict. “And they’re not ever held accountable. I think this is a landmark case were the builder/developer has been held accountable.”

The builder argued that the condos were “fine” and that any defects in the complex were isolated or insignificant, the news report said, citing court testimony.

The company also argued that the condo association was at fault for failing to properly maintain the buildings.

D.R. Horton representatives did not immediately respond to a request for comment Wednesday (May 25); however First Coast News reports that the condo owners and their attorneys believe the company will appeal the verdict.

D.R. Horton faces a similar case over an almost identical development, Windsor Falls, also in Jacksonville. That case is expected to go to trial in September, reports say.

The company has been America’s largest homebuilder by volume for 13 years, according to corporate literature. Founded in 1978, the builder operates in 79 markets across 26 states.