In the lead-up to their pending merger, The Dow Chemical Company and DuPont have announced a number of leadership appointments.

The coatings and chemical giants announced in December that they are merging in a deal valued at $130 billion.

The proposed transaction is expected to close in the second half of 2016, subject to closing conditions. 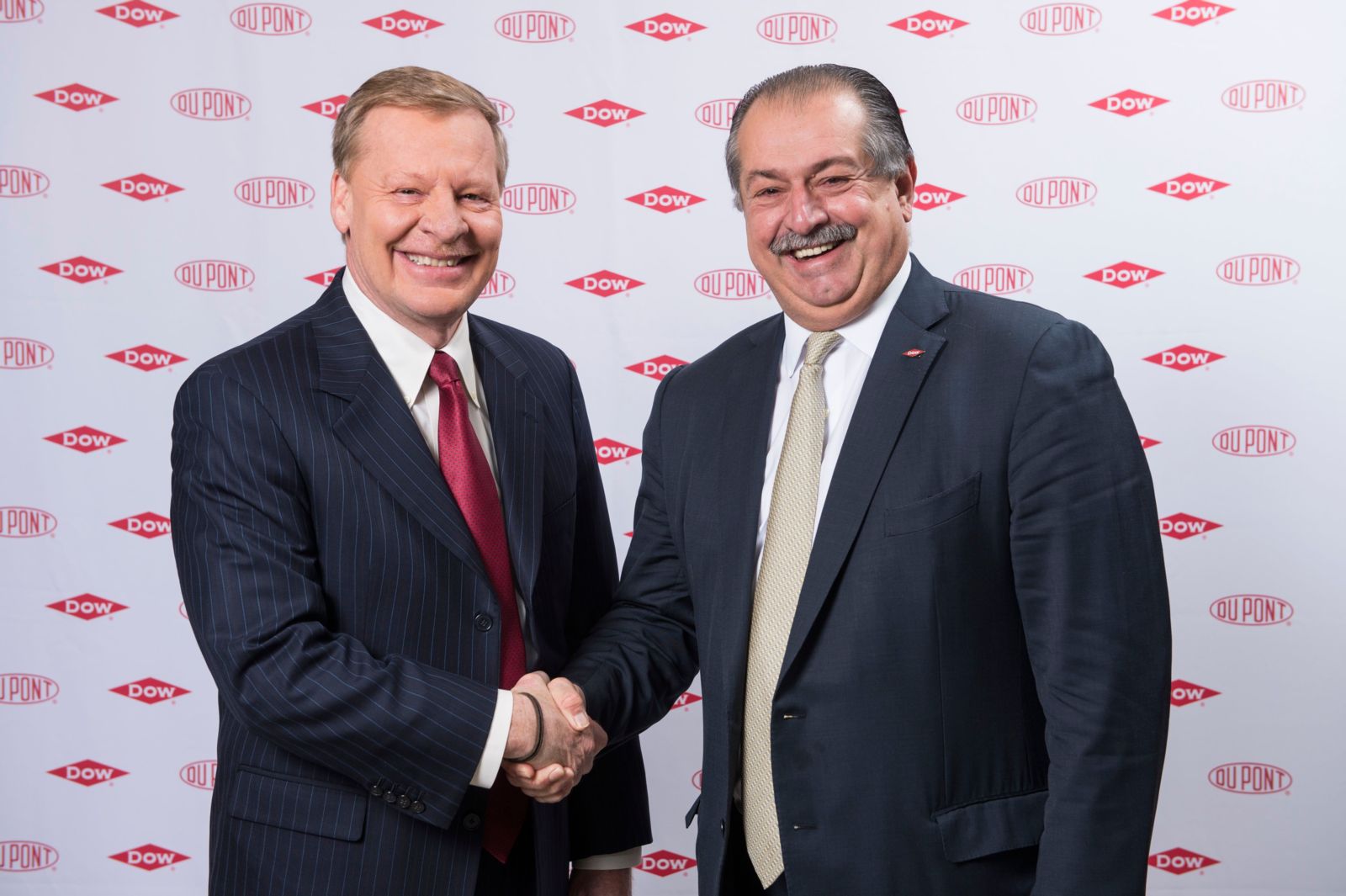 DuPont
Upon the deal’s close, DuPont CEO Edward Breen (left) will serve as DowDuPont’s CEO and Dow’s CEO Andrew Liveris (right) is to become executive chairman of the new company.

The following individuals will serve as the senior leadership team of the newly merged company, according to a joint announcement made Monday (May 23).

Charles J. Kalil will become special counsellor to the executive chairman of DowDuPont, as well as general counsel for the Material Science business. Kalil is currently executive vice president and general counsel of Dow.

In addition to the merger, Dow is also restructuring Dow Corning Corp., a partnership established in 1943 to develop the potential of silicones. Dow has agreed to buy the remaining stake in company’s 50-50 joint venture with Corning Inc.

In the work-up to the closing of that transaction, the company has announced that Robert D. (Bob) Hansen, chairman, chief executive officer and president of global silicones supplier Dow Corning, plans to retire from his position upon completion of Dow’s ownership restructuring with Corning Inc.

Andrew (Andy) E. Tometich has been named business president of Dow Corning's Silicones, effective “day one” following the corporate ownership transition, which is expected to be June 1, the company announced Wednesday (May 18).

"Dow Corning is an industry-leading global company that, with Dow's support, pioneered the silicones industry more than 73 years ago," said Tometich.

"It is exciting to help lead Dow Corning in this new era, as the combined strengths of Dow and Dow Corning create intriguing possibilities for our customers," he added.

Tometich, vice president of silicones since 2014, has been with Down Corning for 27 years. In that time, he has served in various global and regional commercial, business development and executive positions in the United States and Europe. He also has extensive experience in joint ventures and acquisitions, as well as business activities in the Middle East, Asia and South America.

Prior to being appointed vice president of silicones, he served as president and chairman of the Hemlock Semiconductor Group.

In this new role, Tometich will lead Dow Corning's Silicones business with a focus on ensuring ongoing operations are smooth for customers through the integration period with Dow.

Tometich will report to Mauro Gregorio, who, as reported earlier, was named incoming chief executive officer of Dow Corning with Hansen’s retirement.

"Andy will help Dow Corning build on its already industry-leading silicones development and manufacturing capabilities, while leading the company into a new era which combines the strengths of both Dow and Dow Corning to benefit our customers."

Tometich holds a Bachelor of Science from the University of Notre Dame and a Master of Business Administration from the Kellogg School of Management at Northwestern University. He has also completed formal executive-level studies at INSEAD, Harvard and Stanford.

Currently Tometich is a member of the Wharton Fellows, and serves as a board director and executive committee member for the Great Lakes Bay Regional Alliance.