The chairman, CEO and president of Dow Corning Corp. plans to retire, Dow Chemical Company and Dow Corning jointly announced in a statement released May 16.

Robert D. (Bob) Hansen, the top executive of the global silicones supplier Dow Corning, plans to retire from his position upon completion of Dow’s ownership restructuring with Corning Inc. The process is slated to close in the second quarter of 2016. 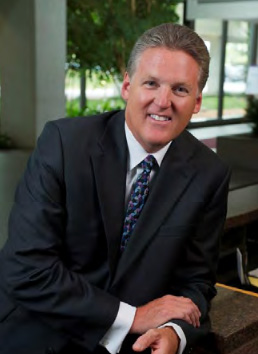 When Hansen steps down after 34 years of service with the Midland, MI-based company, Howard Ungerleider, vice chairman and chief financial officer of Dow, will take on the role of chairman of Dow Corning.

Hansen plans to stay on with the company for several months in order to facilitate a smooth transition for the Dow Corning silicones business, the company said.

Hansen has held a variety of finance, commercial, business leadership and geographic leadership roles—including serving as president of Dow Corning’s operations in Europe—since joining the company as a cost accountant in 1982.

“His leadership and strategic direction has positioned Dow Corning well for this next phase of growth and success.”

Hansen has also been active in the industry outside of Dow Corning. He serves on the board of directors for the American Chemistry Council and is on the executive committee of the Society of Chemical Industry.

Ungerleider and Gregorio, the company’s new chairman and CEO, respectively, will maintain their current roles and responsibilities until the corporate transaction closes.

“Howard and Mauro have been leading our integration efforts from the beginning, and throughout this time, they have developed an intimate understanding of Dow Corning’s silicones business, as well as the many talented people of Dow Corning’s team,” said Liveris.

“I am confident we have the right leadership in place to unlock the tremendous growth potential of this transaction.”

Under the terms of the transaction agreement, announced in December, Dow will become the 100 percent owner of Dow Corning, currently a 50:50 joint venture between Dow and Corning.

With Dow and Dow Corning coming together, Dow will extend its participation in the Consumer Solutions and Infrastructure Solutions segments by increasing Dow’s product offerings in several end-use applications such as building and construction, consumer care, and automotive.

Dow is also pursuing a merger with DuPont Co. in a deal valued at $130 billion.