The U.S. Department of Labor’s Occupational Safety and Health Administration issued the final rule Wednesday (May 11), requiring employers in construction and other industries to electronically report workplace injuries and illnesses on a public website. 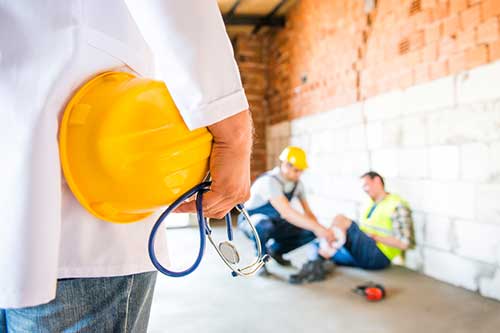 According to OSHA, the Rule to Improve Tracking of Workplace Injuries and Illnesses seeks to use insights of behavioral economics to improve workplace safety and prevent injuries and illnesses.

Industry groups have criticized the rule saying it is "fatally flawed" and will not improve workplace safety.

The Bureau of Labor Statistics reports more than 3 million workers suffer a workplace injury or illness every year.

However, currently, little or no information about worker injuries and illnesses at individual employers is made public or available to OSHA.

Under the new rule, employers in high-hazard industries, such as manufacturing and construction, will send OSHA injury and illness data that the employers are already required to collect, for posting on the agency's website.

OSHA says it will remove all personally identifiable information associated with the data before it is publicly accessible.

“Since high injury rates are a sign of poor management, no employer wants to be seen publicly as operating a dangerous workplace,” said Assistant Secretary of Labor for Occupational Safety and Health Dr. David Michaels.

Michaels explains that the “new reporting requirements will ‘nudge’ employers to prevent worker injuries and illnesses to demonstrate to investors, job seekers, customers and the public that they operate safe and well-managed facilities.”

Further, he said, “access to injury data will also help OSHA better target our compliance assistance and enforcement resources at establishments where workers are at greatest risk, and enable ‘big data’ researchers to apply their skills to making workplaces safer.”

Opponents of the rule, which was first proposed in 2013, say the measure will have “unintended consequences” and will “negatively impact the American business community.”

Further, they claim the federal agency has overstepped its authority to publish such employer records.

“[I]n departing from its current ‘no fault’ recordkeeping system, OSHA has empowered itself to disseminate records and data to the public that fails to show the complete narrative of a company’s safety record or its efforts to promote a safe work environment,” Greg Sizemore, Associated Builders and Contractors’ vice president of Health, Safety, Environment and Workforce Development, said in a statement.

“Additionally, OSHA has exceeded its authority by forcing companies to reveal confidential business details to the public,” said Sizemore. “In the past, OSHA has recognized sensitive information, such as the number of hours worked by employees on a project, as ‘privileged and confidential.’ However, in departing from this opinion OSHA will give competitors undue access to business processes that should remain confidential.”

Additionally, officials with the Coalition for Workplace Safety responded to the final rule, saying it is an “ill-advised and poorly-written regulation that will only result in more regulatory burden with no guarantees to improve workplace safety.”

The U.S. Chamber of Commerce has also reacted to the agency's rule announcement, expressing disappointment that OSHA has finalized such a “misguided regulation.”

“This will only create a new filing requirement that will lead to sensitive employer data being published without context or explanation," said Randy Johnson, U.S. Chamber of Commerce senior vice president of Labor, Immigration, and Employee Benefits.

OSHA estimates that the final rule will have economic costs of $15 million per year.