One Canadian province is seeking a solution to its prematurely fading highway striping paints—said to be deteriorating as quickly as within a few months in some cases, the Vancouver Sun reported.

For some time now, British Columbia’s motorists have been expressing their concerns over the disappearing yellow and white lane markings, especially necessary for lane orientation during nighttime driving or weather conditions that decrease visibility.

“I have heard from more people on this particular issue than anything else in the three years I’ve been the minister,” Transportation Minister Todd Stone told the paper. “It seems to be a unifying issue across the province right now.” 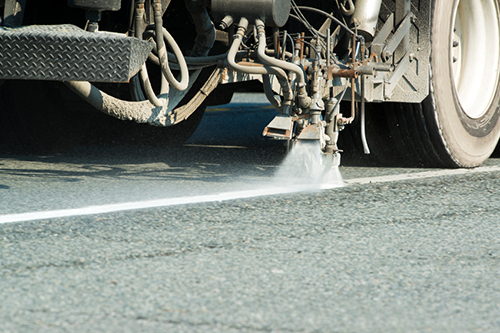 According to reports, the transportation ministry has had to implement a program to repeatedly repaint the road lines for several years now.

Sources say the problem stems from a 2010 decision in the nation’s capital to ban the use of oil-based highway marking paints as part of its new environmental protection standards.

In accordance with Ottawa’s decree, British Columbia road crews changed over to an alkyd paint for coastal and northern roads and a water-based paint in the interior, the Sun said.

That’s when the complaints started coming in, according to the province’s Ministry of Transportation and Infrastructure, as neither solution has lasted a full year.

“Provinces all started looking around for a paint that had the same longevity and durability as the oil-based paint,” said Stone. “And such a paint does not exist.”

Stone estimates that, whereas his crews and contractors would typically repaint almost 30,000 kilometres (about 18,640 miles) of roads at a cost of almost $11 million (about US $8.5 million) on an annual basis, since the changeover they are now using four to five times as much paint. Crews tackle repainting the roads mid-spring, summer and fall now, he added.

“Normally we’d paint the lines once a year—sometimes we could get by every other year with the oil-based paints,” Stone said. “So the stop gap measure has been to put a lot more paint down a lot more frequently, and even then the challenge has been enormous.”

Under Stone’s direction, ministry staff has been evaluating the performance of 18 paints for the past year in three pavement marking test sites. The paints, covering a range of different brands, compounds and thicknesses, have been applied in multiple lines across the active highways.

The lines, placed as four-inch wide horizontal strips of white and yellow paint, across one lane of each road, will be evaluated to see how each formulation holds up against the “scouring of winter abrasives” (crushed stone and gravel); snow plow blades; heavy rain, snow or slush; and the weight and friction of vehicles.

“The good news is there’s actually two or three of those compounds that appear to be quite promising and they’d be environmentally friendly,” Stone told the Sun.

The transportation ministry anticipates selecting “winners” by early fall of this year, and hopes to be applying new road striping before winter, the paper added.