Danish coatings supplier Hempel is working to develop sustainable antifouling coatings through a grants program sponsored by the European Economic Area (EEA), the company said in a statement Tuesday (May 3).

The Copenhagen-based maker of coatings for the decorative, protective, marine, container and yacht markets said the project will enable the company to increase the use of renewable raw materials in its antifouling formulations. 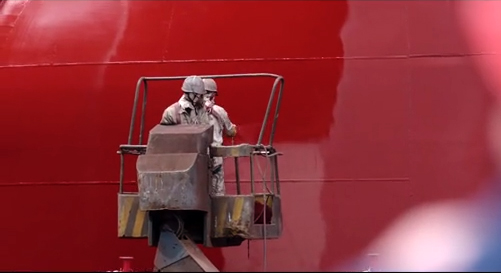 Hempel
Hempel announced it is developing sustainable antifouling coatings through a research project sponsored by EEA Grants that will increase the use of renewable raw materials in its formulations.

The EEA Grants program represents the contribution of Iceland, Liechtenstein and Norway to reducing economic and social disparities and to strengthening bilateral relations with 16 EU countries in Central and Southern Europe and the Baltics.

Funding is channeled through 150 programs, which must reflect environmental considerations, including sustainable development.

Hempel notes that marine shipping is the most environmentally friendly way of transporting goods, when compared to airfreight, rail or road transportation. Still, the maritime industry accounts for about 4 percent of the world’s manmade CO2 emissions, it says.

The use of advanced antifouling hull coatings, which can improve the vessel’s hydrodynamics and so reduce fuel consumption, is one way to cut emissions, according to the company. Because large vessels burn fuel by the megaton, even a small reduction in fuel consumption can mean significantly lower emissions, it says.

Josep Palasi, strategic technology director of R&D at Hempel, says that, over the past 30 years, the company has been developing coatings that lower the environmental impact of its customers’ operations and also “drive the industry forward.”

“Improving the environmental performance of our own formulations is a natural extension of this work, and we hope that the industry embraces the concept,” he says.

“At the same time, I would like to thank EEA Grants for their generous support of this important project.”

The project is being run by the company’s Antifouling Centre of Excellence in Polinya, Spain.