Pipeline safety is at the heart of a three new bills in the House and Senate. Most recently, the federal committee responsible for writing legislation about interstate and foreign commerce, energy generation and conservation, and consumer protection has passed a bill to reauthorize the federal government’s safety oversight for hazardous pipelines.

The Committee on Energy and Commerce, one of the oldest standing committees of the United States House of Representatives, unanimously passed H.R. 5050, the Pipeline Safety Act of 2016, the legislative body announced Wednesday (April 27). 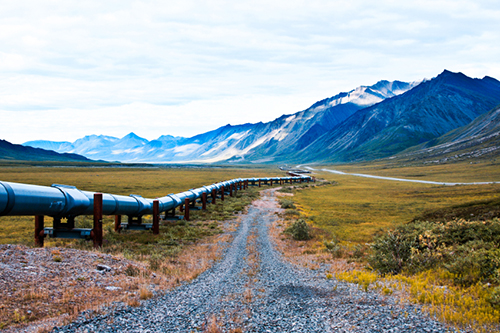 © iStock.com / kyletperry
The House Committee on Energy and Commerce passed its version of a bill to reauthorize the federal government’s safety oversight for hazardous pipelines through the Pipeline and Hazardous Materials Safety Administration.

He added that the bill is also intended to speed up the completion of overdue safety regulations, firm up standards for underground natural gas storage facilities and increase inspections for some underwater oil pipelines.

The Pipeline Safety Act of 2016 represents the culmination of months of bipartisan work to identify weaknesses in the nation’s pipeline safety laws, the committee said.

Among the mandates targeted for PHMSA are provisions allowing the agency to issue emergency orders to shut down pipelines and to issue emergency regulations were seen as one of the biggest areas of disagreement during negotiations, according to The Hill.

Some Republicans reportedly sought more protections for the companies whose pipelines get shut down.

“We do have some issues relating to the emergency order. I think we made significant progress there,” said Rep. Ed Whitfield (R-KY). “We’re working on checks and balances. But there are still a few changes that need to be made to clarify our intent.”

It also mandates a study on whether pipeline companies’ integrity management plans are sufficient and makes some changes to the way PHMSA makes grants.

“Pipeline safety is something that we should all take seriously,” Upton said in a statement. “While an accident can happen in an instant, the damage takes years to fix, underscoring the need for strong safety laws. We promised action, and today, we passed a bill that authorizes PHMSA for five years and goes a long way in strengthening pipeline safety.”

The House Transportation and Infrastructure Committee unanimously passed its own pipeline safety bill, HR 4937, Protecting our Infrastructure of Pipelines and Enhancing Safety (PIPES) Act of 2016, a week earlier (April 20), it announced in a statement.

This committee has jurisdiction over all modes of transportation—aviation, maritime and waterborne transportation, highways, bridges, mass transit, and railroads—as well as over aspects of U.S. infrastructure that includes the transport of resources by pipeline.

HR 4937 provides a four-year reauthorization to improve pipeline safety by closing gaps in federal standards, enhancing the quality and timeliness of agency rulemakings, promoting better usage of data and technology to improve pipeline safety, and providing regulatory certainty for citizens, the safety community and the industry. It contains similar language as HR 5050 regarding corrosion control activities.

This legislation also requires PHMSA to complete mandated safety requirements and to evaluate and report to Congress on their rulemaking process and authorizes it to act quickly to address industry-wide safety hazards as soon as they are discovered.

“We have a responsibility and opportunity to ensure the efficiency and safety of the 2.6 million miles of pipelines transporting energy resources to Americans across the country,” committee chair Jeff Denham (R-CA) said.

The Energy and Commerce Committee reportedly has a long, bipartisan tradition of working to enact pipeline safety reform into law. In 2011, it worked with the Transportation and Infrastructure Committee to enact the Pipeline Safety, Regulatory Certainty, and Job Creation Act of 2011 into law.

The two House committees will now work to merge their newest respective bills into one and take it to the House floor for a vote.

The Senate bill would reauthorize PHMSA through 2019 while requiring the agency to finishing implementing mandates from the 2011 reauthorization law. It also supports establishing safety standards for natural gas storage facilities.

The PHMSA, established in 2004, is an agency of the U.S. Department of Transportation created to protect the American public and the environment by ensuring the safe and secure movement of hazardous materials to industry and consumers by all transportation modes, including the nation's pipelines.

Through PHMSA, the DOT develops and enforces regulations for the safe, reliable and environmentally sound operation of the nation's 2.6-million-mile pipeline transportation system and the nearly 1 million daily shipments of hazardous materials by land, sea and air.