Cutting out the use of illegally harvested timber is at the heart of a new LEED credit being piloted by the U.S. Green Building Council.

The new Alternative Compliance Path (ACP) credit aims to reward project teams who proactively verify that the wood they are using is legal. 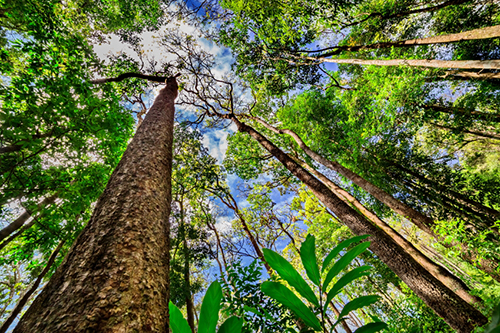 © iStock.com / Khlongwangchao
Illegal logging accounts for 50 to 90 percent of all forestry activities in key producer tropical forests, such as those of the Amazon Basin, and 15 to 30 percent of all wood traded globally, according the USGBC.

“Illegal logging is a pervasive and global problem,” according to the USGBC.

“This practice includes removing trees from protected areas, failing to pay taxes and fees for timber, cutting protected species, stealing wood from the rightful owners and/or removing more timber than allowed in a given area.”

The organization adds that it is estimated that trade in illegally harvested timber is worth between $30 and $100 billion annually.

LEED pilot credits are described as a “flexible, interactive mechanism for testing proposed credits in the marketplace.” USGBC said the credits are used to gather “real-time feedback” on credit usability and ability to meet a credit's intent.

Today it is still possible to meet the requirements of LEED credits focused on wood and still use illegal wood in a LEED-certified project, notes Scot Horst, chief product officer, USGBC.

“This is because LEED projects receive credit for a percentage of the wood on the project, rather than on all wood used,” he said.

However, the organization is flexing its global influence and floating an approach to prerequisite requirements.

The new pilot ACP is applicable to both LEED 2009 and LEED v4 rating systems and is said to be a “first step” in the journey to weed out irresponsibly sourced materials from the supply chain.

“Our goal with this ACP is to see how it works in the forestry industry and test an approach to minimum requirements in LEED, while also gaining experience that will help inform how we approach potential minimum responsible sourcing in other industries,” the USGBC explains.

Rick Fedrezzi, CEO and founding chair of the USGBC, said he wants LEED to be a significant player in the effort.

“As we have begun looking at approaches to incentivize responsible sourcing of all materials that go into our buildings—such as concrete, steel, copper and other materials—we recognize the need to address both the top—rewarding the best—as well as the bottom by eliminating unacceptable practices.”

The American Forest Foundation has applauded the USGBC decision to introduce the pilot credit.

“This is a milestone for family woodland owners, tree farmers and forest conservation in America,” Tom Martin, president and CEO of the foundation, said in a statement.

LEED is billed as the world’s most widely used green building rating system. The use of wood, a renewable building material with low impact on the environment, has been growing in residential, commercial and institutional projects, USGBC said.