I-Tech announced that its Selektope antifouling system won the Environmental Performance Award, which recognizes the environmental benefits of a product, process or management approach that was implemented, significantly improved or relaunched in 2015. 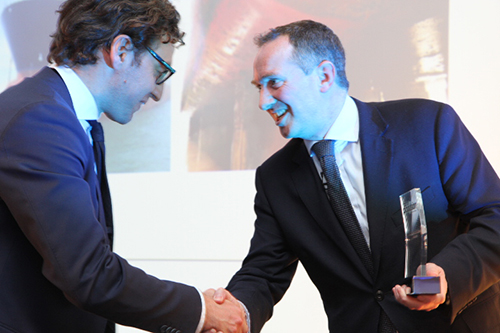 “It is a great honour for the environmental performance of Selektope to be recognized by an Award that takes into account the independent panel of European Marine engineering judges and a public vote,” said I-Tech Chief Executive Philip Chaabane.

According to I-Tech, Selektope is an organic, non-metal compound that makes use of an “innovative pharmacological mode of action” to discourage barnacle attachment, even in small quantities.

It temporarily stimulates the swimming action in barnacle larvae, deterring them from attaching to the ship’s hull. It features extremely low biocidal loading and is harmless to the marine environment, the company adds.

The product was eligible for the award because its first publicly disclosed application took place at Sembcorp in Singapore through a new copper-free product from Chugoku Marine Paints applied to the side walls of the a chemical carrier. It was also featured in paint product launches in the Japanese market and the Korean new build market, the company says.

The agent is now fully approved for use by the relevant authorities in Japan, South Korea, China and Europe, according to the company.