Dr. Robert Gnann has been named president of Wacker Silicones, a global manufacturer whose products are used in construction, paints and coatings, and several other sectors. 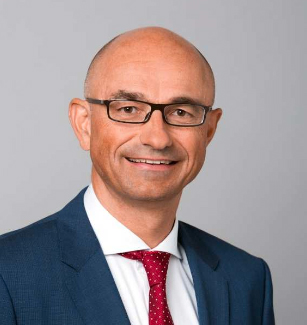 Gnann succeeds Dr. Christian Hartel, who was appointed to the Wacker Group’s executive board in early November. Hartel joined Wacker in 2003 and served as head of Wacker Silicones since 2012.

Gnann comes to Wacker from Momentive Performance Materials, where he headed the Cologne-based chemical company’s elastomer and European activities.

He began his career in the U.S. at GE Silicones, then worked for Bayer and Lanxess in Canada and Germany, where he held managerial positions in production and technology.

Starting in 2008, Gnann was responsible for Momentive’s elastomers business unit; in 2010, he also took charge of the company’s European activities.

Gnann holds a doctorate degree in inorganic and polymer chemistry from the University of Cologne, Germany.