Plans to demolish an historic mercantile building to make way for a five-story Marriott hotel has sparked controversy in Missoula, MT.

According to The Missoulian, developer HomeBase Montana, of Bozeman, reportedly wants to deconstruct the historic Missoula Mercantile building, which was built in 1877, in order to construct a $30-million, 154-room hotel. 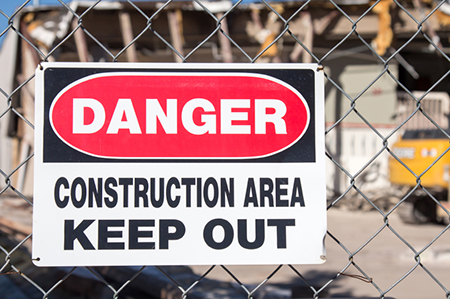 © iStock.com / KaraGrubis
City officials who are required by law to remain neutral, impartial and unbiased have been thrust into the hot seat over the proposal to demolish the Mercantile building.

HomeBase has submitted a demolition application to the city’s Historic Preservation Commission. The commission has until June 7 to deny the demolition permit; otherwise, it will be automatically approved. If denied, the developer can appeal to the city council, reports relate.

Many residents in the community are not pleased with the proposal, arguing that demolition encourages a “disposal mindset” and that the building could be remodeled and rehabilitated.

Officials who are required by law to remain neutral, impartial and unbiased have been thrust into the hot seat over the matter, news bureaus report.

At least one member of the Preservation Commission has resigned her seat to help lead a campaign called “Save the Merc.”

The group has launched a Change.org petition.

Ahead of a meeting, held Thursday (April 14), to continue discussion on the proposed demolition, the city attorney’s office called for four other members of the Historic Preservation Commission to recuse themselves from voting on the matter.

Those officials were said to be “engaged in conduct and/or communications that provide evidence that they do not appear to be neutral, impartial, unbiased, fair and objective with respect to the pending demolition permit that is before the Historic Preservation Commission.”

“Some liked it, a lot of people did not like it,” Andy Holloran, founder of HomeBase, reportedly said of the original design in a presentation to Missoula City Council’s public works committee. “I would say that the general sentiment was ‘can we create a general design that at a minimum celebrates a nod to the historical Mercantile building itself from the exterior?’ The feedback on the interior design has seemingly been very well received, so now we’ve turned our focus to the exterior.”

Missoula’s mayor and the Missoula Downtown Association have voiced support for the development.

In a statement provided to The Missoulian, Aimee McQuilkin wrote that the Macy’s department store closure in March 2010 delivered a devastating blow to the building and area.

“Over the six years the [Mercantile] building has sat vacant we have seen graffiti, vandalism, weeds, failing sidewalks and a crumbling facade. The denigration of the building has been a terrible eyesore that is negatively impacting Downtown Missoula in a variety of ways.”

Reports say the building also has an asbestos-laden roof.

Once a bustling commercial hub between Minnesota and Washington state, the Mercantile building is viewed as a cultural treasure by many locals.