Anti-Fouling Agent up for Award

Gothenburg, Sweden’s I-Tech announced that it is among three companies shortlisted in the European Marine Engineering Awards' Environmental Performance category for its Selektope antifouling system.

The Environmental Performance Award, sponsored by international certification body DNV GL, is presented to a product, process or management approach that was brought to market for the first time in 2015, or which was significantly improved or relaunched.

The award judges select solutions that are best able to demonstrate actual, or potential, environmental benefits as a result of implementation. 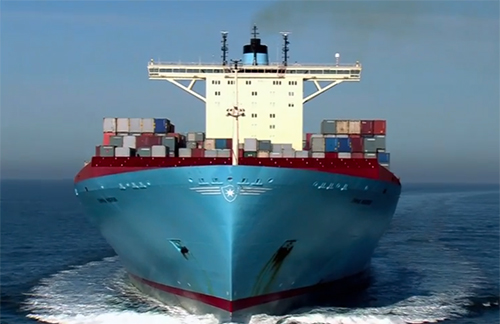 Images: selektope.com
I-Tech is among three companies shortlisted in the Environmental Performance category for the European Marine Engineering Awards, the company announced.

“It is a great honour to be shortlisted for this award,” Philip Chaabane, I-Tech’s chief executive, said in the company’s statement Wednesday (March 23).

“It recognises the culmination in 2015 of a ten-year journey to turn a scientific discovery into a commercially ready, approved and available anti-fouling agent that will generate substantial environmental benefits within the marine industry.”

The winner of the award will be announced at the European Marine Engineering Conference and Awards gala dinner in Amsterdam on April 13.

Introduced to the market in 2015, Selektope is described as an organic, non-metal compound, which features an innovative pharmacological mode of action to combat barnacle settlement on ship hulls.

According to I-Tech, the formulation sharply reduces biocide loadings for antifouling coatings, enabling Selektope to be highly effective in terms of lowering fuel consumption, thereby cutting harmful emissions and conserving natural resources, even in minute quantities.

Because paints like Selektope also repel barnacles even when ships are at rest, I-Tech explained, any fuel saving claims made by coatings suppliers cover the ship’s entire operational cycle.

By repelling barnacle attachment, coatings with Selektope also lower the risk of transporting invasive aquatic species from one oceanic region to another, it added.

In recent months, the first commercial applications of marine coatings with Selektope, now fully approved for use by the relevant authorities in Japan, South Korea, China and Europe, have been made, the company said.

The first publicly disclosed project started in November at Sembcorp in Singapore, according to the company, when a new copper-free product from Chugoku Marine Paints (CMP) was applied to the side walls of the 2010-built, 46,000 deadweight tonnage chemical carrier Calypso operated by Sweden's Laurin Maritime.

A panel of independent judges, comprising experts in various aspects of marine engineering, have chosen the shortlisted entries for each of the nine awards that will be presented at the gala.

Over the past few months the public have been able to vote online. Public votes, combined with the judge’s selection, will determine the winner.