The Los Angeles County Metropolitan Transportation Authority (Metro) has issued what it terms a “bold plan to transform transportation.”

Metro’s board of directors approved release of the agency’s draft spending plan—for more than $120 billion worth of transit and highway improvements over the next 40 years—for public comment on Thursday (March 24).

The agency is proposing its plan should become part of a November ballot measure to fund a wide variety of transit-related infrastructure and programs needed to build and operate a balanced multi-modal transportation system. 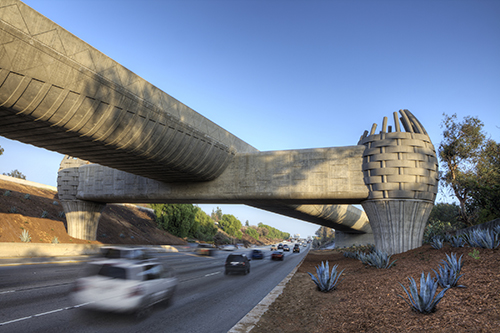 With Los Angeles County expected to grow by 2.4 million people by 2057, Metro is updating its Long Range Transportation Plan (LRTP) “to enhance mobility and quality of life for LA County to position the region for future growth and meet transportation needs,” it said. Targeted programs span transit and highway projects, local roadway improvements and construction of pedestrian and bike paths.

“This draft expenditure plan reflects a tremendous amount of feedback from stakeholders across LA County and lays the groundwork for a regional, rational and equitable approach to meeting Los Angeles County’s diverse transit needs,” said Metro Board Chair Mark Ridley-Thomas.

“This plan provides an exciting basis for a discussion about how Metro proposes to ease traffic and improve transit options for millions of Angelenos and we look forward to additional public input,” he added.

The plan was built based on transportation improvement project suggestions submitted by stakeholders across the county, Metro said. Its staff evaluated those projects against certain key performance metrics to determine how effective the projects would be at easing congestion; improving mobility, access and safety; boosting the economy; and enhancing quality of life for the region’s citizens.

“I’m glad to see that the development of this spending plan really included input from all 88 cities in the county and reflects a bottoms-up approach in selecting and funding transportation improvement projects that make sense for the region’s mobility needs,” said Metro Board First Vice Chair John Fasana.

According to Metro, the spending plan would generate a projected $120 billion dollars over the 40-year period for new transit and highway projects; commuter rail; transit operations and projects to keep buses, trains and facilities in good repair; pedestrian and cycling connections; and funding to keep fares affordable for students, seniors and the disabled.

The plan is also set up to return some revenues to local cities on a per capita basis, giving those cities funds to spend on their own local transportation projects.

Projects targeted for the first 15 years of the plan indicate its scope.

The full list of projects eyed for the four-decade period is available in the attachments of the draft expenditure plan.

To fund the plan, the potential ballot measure would ask voters to increase the countywide sales tax by a half-cent for 40 years.

It also seeks to provide additional funding by continuing an existing tax, known as Measure R, for an extra 18 years (it was originally set to expire in 2039). The sales tax increase would begin in fiscal year 2018; both taxes would potentially run through 2057.

The Measure R half-cent sales tax, approved by county voters in 2008, is projected to raise $35 billion to $40 billion over its 30-year lifespan, Metro said in a March 18 statement.

Measure R has already funded the completion of two rail projects, Metro noted, including the recent opening of the Metro Gold Line Extension to Azusa and the opening of the Expo Line extension to Santa Monica in May. It is also funding three others projects still under construction, as well as numerous other highway and local improvements.

The plan is available for public review and comment, and all input will be compiled and shared with Board members as they contemplate a final expenditure plan.

“I look forward to hearing from community members and stakeholders during this public review period as we work together to build a world class transportation system,” said Mayor Eric Garcetti, Metro Board Second Vice Chair.

The Metro Board of Directors has final say on the spending plan and is scheduled to decide in June whether to put a ballot measure to Los Angeles County voters.