The federal government is offering more than $100 million in grants to aid in the elimination of lead-based paint hazards in low-income housing, authorities announced.

The U.S. Department of Housing and Urban Development says the funding, announced Friday (March 18), is meant to protect young children from lead poisoning. 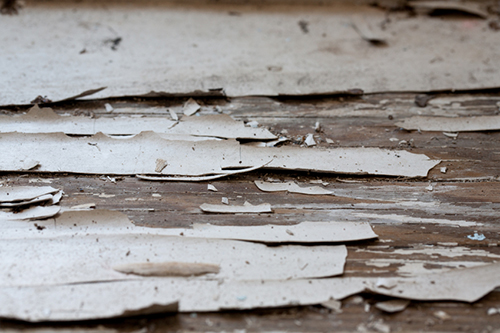 ©iStock.com / XiFotos
It is estimated that children in at least 4 million U.S. households are being exposed to high levels of lead.

The funding opportunities will help states and local governments to create programs to control health and safety hazards through the assessment and remediation of lead-based paint and other home and health safety hazards, HUD said.

“Since 1973, HUD has been leading the charge in lead hazard identification and abatement throughout the housing industry,” said HUD Secretary Julian Castro. “We know that there’s no more important mission than to protect our children and give them the greatest opportunity in their lives. These important grants will help keep thousands of children safe and healthy, free of debilitating lead poisoning.”

The Centers for Disease Control and Prevention estimates that children in at least 4 million U.S. households are being exposed to high levels of lead. Approximately 500,000 children ages 1-5 have blood levels above 5 micrograms per deciliter, the level at which the CDC recommends public health actions be started.

The greatest risk from lead poisoning, according to the Mayo Clinic, is to brain development, which may result in permanent damage. Higher levels of lead poisoning also may cause damage to the kidneys and nervous system.

Lead poisoning is more than just a health issue. According to HUD, unhealthy homes directly affect the economy through increased use of healthcare services, and indirectly through lost wages and days missed from school.

Any housing improvements made by states or communities may help prevent illnesses and injuries; reduce associated healthcare and social service costs; reduce absentee rates for children at school, and adults from work; and reduce stress.

The grants are being administered through HUD’s Office of Lead Hazard Control, which promotes efforts to eliminate dangerous levels of lead-based paint and remedy other health and safety issues in lower income homes.