One of the leading manufacturers of high-performance protective coatings has named its new president and chief operating officer.

Bean, who brings more than 20 years of experience in the paint and coatings industry to his new position, succeeds Pete Cortelyou, who served as company president for 21 years.

In his new role, Bean will assume responsibility over all of Tnemec’s operations. 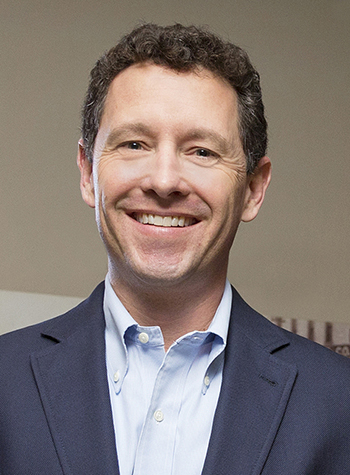 Tnemec
Chase Bean has been tapped to take on the role of president and COO for Tnemec Company Inc., succeeding Pete Cortelyou, its president for the past 21 years.

“I look forward to continuing Tnemec’s legacy of nurturing the close relationships we have built with our clients,” said Bean.

“With the help of our operations team, our corporate employees and our representatives in the field, I intend to work on moving our company along the path that Pete [Cortelyou] has paved before me and I am excited about the future for Tnemec,” he added.

Cortelyou will continue in his role as chief executive officer until the end of 2016 and will remain the chairman of the board.

Having served as the company’s executive vice president for the past eight years, Bean was in charge of managing the sales, marketing, research and development, and technical services departments.

Prior to his role as executive vice president, Bean acted as Tnemec’s vice president of sales, director of national accounts, and spent time in the field as a principal sales representative in Minnesota. Earlier in his career, he also worked as both a technical service and customer service representative.

Bean’s career with company included the oversight of product development and commercialization, national account management, and employee development and mentoring—experiences that made him an integral part of the coating manufacturer’s growth in the international market, the company said.

Bean is also the son of Albert C. “Ace”  Bean Jr., the son and namesake of Tnemec's founder.

“Being a fourth-generation coatings expert, he carries with him the same family values and principles that Tnemec holds dear and will help keep the company’s traditions steadfast for years to come,” he added.

Bean attended The University of the South in Sewanee, TN, where he graduated with a bachelor’s degree in English. He also attended the University of Missouri - Kansas City, where he obtained an Executive Master of Business Administration (EMBA) degree.

Established in 1921, Tnemec says it is one of the largest privately held companies in North America specializing in industrial coatings for steel, concrete and other substrates for new construction and maintenance. More than 120 architectural and industrial coating products are manufactured at facilities in Kansas City and Baltimore. Tnemec operates distribution facilities in Atlanta; Dallas; Indianapolis; New Orleans; Seattle; and Compton, CA. In addition to the company’s American network of technical representatives, Tnemec has technical representatives in Canada, the Dominican Republic, Puerto Rico and Trinidad.