Global protective coatings supplier Hempel has announced that its incoming chief executive officer has officially come on board.

Henrik Andersen joined Hempel A/S on March 1, the company said in a statement, in line with plans for him to succeed Pierre-Yves Jullien as CEO.

Jullien will continue as CEO of Hempel, a top supplier of protective coatings to the decorative, protective, marine, container and yacht markets, until March 29.

The company stated that one of Andersen’s primary tasks as its new leader will be ensuring that Hempel Group reaches the goals described in the company 2020 strategy: Journey to Excellence. The strategy is meant to enhance Hempel’s position as one of the leading coatings manufacturers globally. 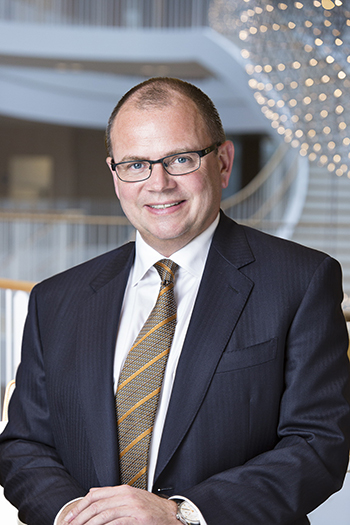 As reported earlier, the strategy sets aggressive growth goals for its products: quadrupling its decorative portfolio; doubling the protective portfolio; and ramping up its marine products with the objective (as stated above) of becoming one of the world’s top 10 coating suppliers by the end of this year.

“I am looking forward to converting the strategy into actions together with all of Hempel’s employees,” Andersen said.

“We are part of an exciting and competitive global industry, which requires that we work together in relation to our possibilities as well as our challenges,” he added.

During the transition period, Andersen will continue to learn more about the company.

Andersen was named as the company’s new CEO in September, following a search instituted earlier in 2015 after Jullien announced his retirement plans after 40 years with Hempel, 10 of which he served as CEO.

Andersen comes to Hempel, based in Copenhagen, Denmark, after 22 years with ISS, which is one of the world´s largest facility services providers with more than half a million employees.

Andersen was with ISS A/S since 2000. As a member of its Executive Board, he was named Group CFO in 2011 and became Group COO, EMA in 2013. He was recently appointed global Group COO.

Before returning to Copenhagen, Andersen was CFO for ISS UK, a company with 43,000 employees, before being named its CEO and serving in that capacity for three years.

Prior to that, Andersen, who has a Master of Law degree from the University of Aarhus and a diploma in International Finance from the Business School of Aarhus, was with Jyske Bank for more than 10 years.

He is also a member of the Non-Executive Board of Directors of Vestas.

“I would like to thank the Hempel Board. It will be an honour to be leading an iconic company with more than 100 years of experience," he said. "At the same time, it is a big task to succeed Pierre-Yves Jullien, who with great dedication has made Hempel one of the global industry leaders.”

Founded as a marine paints company and heavily focused on anti-corrosion coatings, Hempel’s largest EMEA segment is decorative coatings. The decorative portfolio got a boost in 2011 from the acquisition of Crown Paints and the launch, in 2014, of a green building initiative called Purearth in the Middle East.

Hempel coatings are used for applications ranging from wind turbines and bridges to hospitals, ships, power stations and homes.

With a focus on R&D, advanced production techniques and professional coating advice, it works around the globe to help protect its customers’ properties from the corrosive forces of nature.

Hempel employs approximately 6,000 people in more than 80 countries, with 27 factories and 159 stock points around the globe.

The company recently announced its divestment of Blome International while keeping the Versiline range of linings gained through the acquisition, citing that the action enables the Hempel to focus on its global Journey to Excellence strategy.