Scientists at a Swiss university have developed a polymer coating they say is so versatile it can be compared to the iconic Swiss army knife, with future applications cutting into the wastewater and shipping industries.

The new polymer for coating materials was designed by a research team at ETH Zurich (an engineering, science, technology, mathematics and management university) and a spinoff partner in order to prevent biofilms from forming on their surface.

However, as a result of the technological platform the researchers developed, they also say it is now possible to durably coat a variety of different materials using the same polymeric molecule, the school announced. 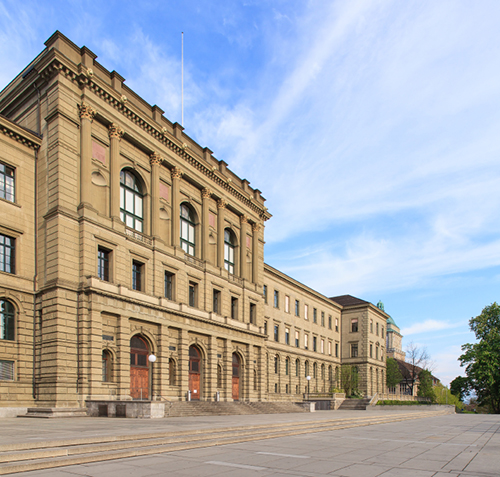 © iStock.com / photogearch
Scientists at Swiss university ETH Zurich have partnered with spinoff company Susos to develop a polymer coating they say is so versatile it can be compared to a Swiss army knife.

The university partnered on the project with ETH spinoff-company Susos, which specializes in the fields of surface modification and characterization.

Their work was published in a paper titled “Imparting Nonfouling Properties to Chemically Distinct Surfaces with a Single Adsorbing Polymer: A Multimodal Binding Approach” in the Feb. 9 issue of Macromolecular Rapid Communications.

Inspired by a Multipurpose Tool

In their work, the scientists considered existing coatings and their resistance, or lack thereof, to environmental factors, since they are often connected to the material by only a weak electrostatic bond, they said. Other more resistant coatings, they added, are expensive to use and sometimes require toxic solvents.

With those factors in mind, the partners, led by Nicholas Spencer, professor of Surface Science and Technology, set out to find a simple solution for binding coating molecules to surfaces with a strong chemical bond, known as a covalent bond. They also wanted a solution that could coat a variety of surfaces and devices made from a range of different materials.

"We wanted a polymer coating that is as versatile as a Swiss army knife," Spencer said.

They accomplished this by developing a molecule with a long backbone from which hydrophilic side chains branch out and impart the non-fouling properties. The polymer also features two types of side chains for covalent bonding to metals, Spencer said—one for binding to silicon and glass, the other for binding to oxides of “transition metals,” such as titanium and iron.

"Coatings with our new polymer are very simple. It's just dip and rinse," Spencer said, adding that the coating is able to hold up to harsh conditions such as acids, alkalis, high salt concentrations and detergents.

According to the university, Susos has submitted a patent application for the polymer.

The team foresees possible future applications primarily in biomedical diagnostics and medical technology, such as in biosensors, implants and yet-to-be-developed implantable drug-delivery systems.

Other applications, they add, could include biofouling prevention in water treatment, ship transport and fishing, as well as in packaging for the food industry.

The "Swiss army knife" coating in its current form is highly adaptable and opens the door to a host of further developments, Spencer said, explaining that it would be possible to equip the polymer's molecular backbone with side chains that bind to other materials, or to replace the side chains that prevent biofilm adhesion with others that have totally different properties.