In the Lab: Low-Cost Window Coating

The U.S. Department of Energy’s Lawrence Berkeley Laboratory seeks to “disrupt the building retrofit market and potentially save billions in electricity” with a newly developed coating technology.

A team of scientists is creating a polymer heat-reflective coating that can be painted on windows to improve their performance, the Berkeley Lab reported Thursday (Feb. 25) in an announcement on the research. 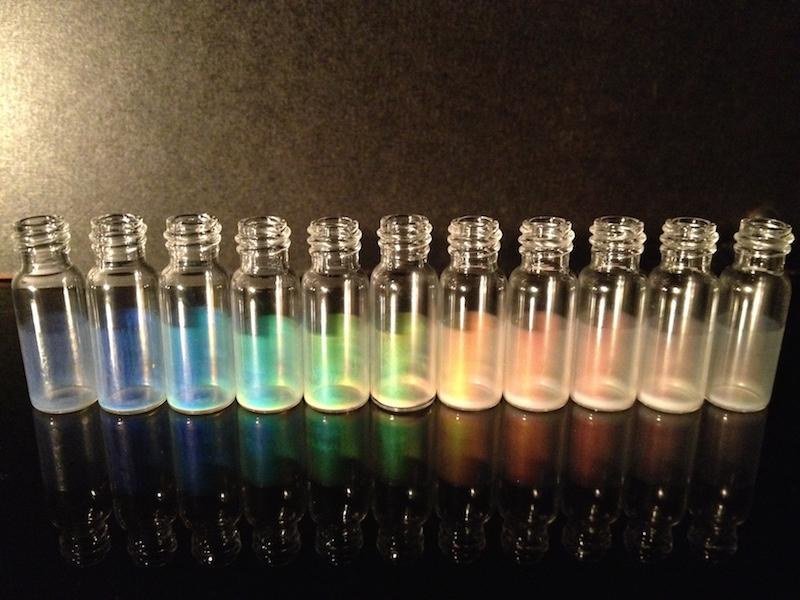 Photos: Berkeley Lab / Garret Miyake, University of Colorado
Berkeley Lab's paint-on window coating is based on bottlebrush polymers that rapidly self-assemble, according to an announcement on the research.

DOE estimates that about 10 percent of all the energy used in U.S. buildings can be attributed to window performance—costing owners about $50 billion annually. Moreover, the high cost of replacing windows or retrofitting them has been a major deterrent. The team has set out to address the problem with coating technology.

"Instead of hiring expensive contractors, a homeowner could go to the local hardware store, buy the coating, and paint it on as a DIY retrofit—that's the vision," Berkeley Lab scientist Raymond Weitekamp said in a statement.

"The coating will selectively reflect the infrared solar energy back to the sky while allowing visible light to pass through, which will drastically improve the energy efficiency of windows, particularly in warm climates and southern climates, where a significant fraction of energy usage goes to air conditioning."

While the team admits that there are retrofit window films currently on the market that have spectral selectivity, these options are often cost-prohibitive because a professional is needed to install them.

The team has received a $3.95 million award from the DOE’s Advanced Research Projects Agency-Energy (ARPA-E) to develop the product.

Weitekamp said the technology is based on a bottlebrush polymer material which has one main rigid chain of molecules with bristles coming off the sides. One important characteristic of the material is that it doesn’t entangle easily, he said.

While he was a graduate student at Caltech, Weitekamp studied how bottlebrush polymers self-assemble into nanostructures behaving as photonic crystals, which can selectively reflect light at different frequencies. He began collaborating on the development of polymeric materials at the Berkeley Lab in 2015, according to the announcement.

Steve Selkowitz, a leading expert on building science and window technologies, and Arman Shehabi, an expert in analyzing energy use of buildings, are also working with Weitekamp to develop a cost-competitive and scalable product, Berkeley Lab said.

The multi-institutional team is led by researcher Garret Miyake at the University of Colorado, Boulder, and also includes Caltech and Materia Inc.

Berkeley Lab reports that the team faces technical challenges ahead, including improving the fidelity of the material, so that while infrared light is strongly reflected, visible light is not scattered or hazy.

“This will allow the coating to reflect the majority of the sun’s energy, reducing the amount of heat passing into a building while still appearing clear to the eye,” Berkeley Lab notes.

The target price tag for the coating technology is $1.50 per square foot—one-tenth the current market cost for commercially installed energy efficient retrofit window coatings, according to the team.