There are a lot of reasons repairs to a city’s infrastructure may be delayed, but hungry rodents are rarely the cause.

Not so in the city of Brussels, Belgium.

In a city described as Europe’s most-congested, repeated closure of the tunnels that serve as the Brussels’ main arteries have only added to the traffic headaches the city endures.

The situation is bad enough that area lawmakers created a task force to evaluate the overall condition of the 7.1 miles of tunnels, The Washington Post wrote. 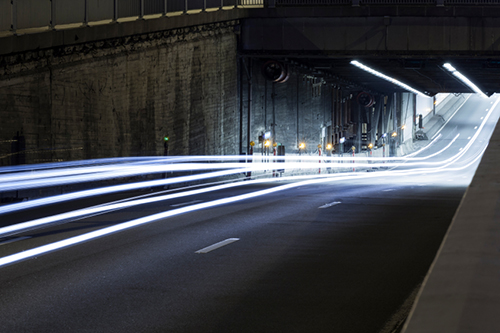 © iStock.com / 77studio
The original construction plans for making improvements to the city's tunnels had been stored inside a pier under a highway bridge, leaving them vulnerable to hungry mice, sources said.

The shutdowns are attributed to crumbling concrete and years of wear and tear, but plans to undertake the necessary repairs hit a roadblock: the construction plans needed for making tunnel improvements are no longer available, Reuters reported.

Why? "They may have been eaten by mice," according to Christian De Buysscher, the former head of the city's infrastructure agency.

In a Feb. 17 meeting with the Belgian capital’s regional parliament, De Buysscher explained that the original construction plans had been stored inside a pier under a highway bridge.

Placed there in 1989 because the city agency lacked a traditional office, it was nearly 20 years before they were retrieved to be placed in a proper storage room, but it was already too late—they had already been destroyed by mice.

The extent of damage to the tunnels is so severe, The Telegraph reported, that the parliamentary panel had convened to determine whether it was too late to save them.

When the committee asked De Buysscher why the tunnels were in such a bad state, he told them, "we clearly sounded the alarm" in 2013, adding, "I issued several warnings to ministers about the lack of engineers and specialised technicians."

According to The Telegraph, Jean-Claude Moureau, former head of Brussels Mobility, the body in charge of the tunnels, indicated that city officials were always quick to approve emergency work in the tunnels but always "hesitated" to approve "deeper renovation" because of budget limitations and a reluctance to add to the area’s traffic problems.

The total project, repair of all of the underground tunnels is expected to cost about $1.1 billion.

Now, without the plans, the city may not be able to resolve the problem for quite some time.

Despite it all, some are still able to find the humor in the situation, as the Sputnik website suggested, "Obviously, rodents sneakily devoured the documents so that the streets of the city will never be free of traffic jams," The Telegraph noted.