Declines in heavy and civil engineering construction are expected to turn around in 2016 in response to the long-term transportation bill, according to the Associated General Contractors of America.

A new analysis from the association shows that the construction industry’s unemployment rate has dropped to a 17-year low. While the industry has an 8.5 percent unemployment rate, the jobs added in January reflect a slowdown compared to the last three months of 2015. 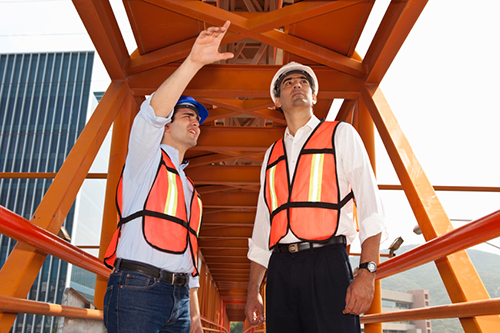 The figure could either reflect a slowdown in nonresidential activity or an inability of contractors to find qualified workers, the industry group noted.

“While the construction industry continues to add jobs, the January figures mark a significant decline in the rate of growth compared to the end of last year,” said Ken Simonson, the association's chief economist. “It will take a few months to evaluate whether firms are running out of people to hire or if broader economic uncertainty is leading to a decline in demand for many types of construction services.”

The number of unemployed jobseekers in January who last worked in construction totaled 729,000, resulting in an unemployment rate for such workers as 8.5 percent. Both the number and the rate were the lowest January figures since the series were introduced in 2000.

Meanwhile, Census Bureau data released on Feb. 1 showed that construction spending experienced only slight growth between November and December, and has been limited to residential building.

Nonresidential construction spending by both the private and public sectors has been flat or declining since July 2015.

Among nonresidential construction employment categories, only the nonresidential building segment added jobs in January, expanding by 5,300. But those gains were offset by a decline of 2,400 jobs in the nonresidential specialty trade contractors segment and a loss of 5,200 jobs in the heavy and civil engineering construction segment. Simonson noted that heavy and civil engineering construction employment should expand later this year as new federal investments in transportation and other infrastructure enacted last year begin to enter the market.

Association officials said they were encouraged by the fact the industry continues to expand at a brisk annual clip; however they added that the drop in nonresidential construction employment for the month was cause for concern.

After several months of robust construction employment growth, they cautioned that January’s market sell-offs and broader economic uncertainty may sap demand for construction.

“Hopefully the nonresidential construction sector is just experiencing a temporary slowdown while investors catch their breath,” said Stephen E. Sandherr, the association’s CEO. “But if the broader economic recovery continues to slow, the construction industry will have a tough time expanding at the rates we saw late last year.”