Attention architects and urban planners: A team of researchers in the UK has investigated the relationship between our health and the beauty of the environment we live in.

The team’s conclusion: People feel healthier when they live in a more scenic area and it doesn’t have to be green. 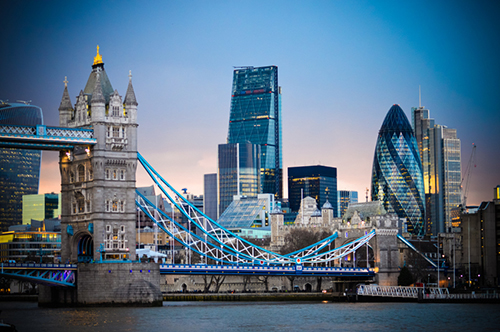 ©
The study conducted by a team of researchers at the Warwick Business School in Coventry, England, shows a link between architecture and health.

The researchers from Warwick Business School reported their findings in a study, “Quantifying the Impact of Scenic Environments on Health,” published in Scientific Reports.

They found that the link holds true across urban, suburban and rural areas of England, and cannot simply be explained by the income of local residents, or how green an area is.

To arrive at these findings, the researchers used crowdsourced data from an online game called “Scenic-Or-Not,” where players have rated the “scenicness” of more than 212,000 images of Britain, according to a research announcement.

More than 1.5 million ratings were collected, the researchers said.

The team then combined the game data with figures collected from the 2011 Census for England and Wales, where people reported their general health as “very good”, “good”, “fair”, “bad” or “very bad”.

The researchers discovered that people who lived in areas rated as more scenic reported their health to be better, when answering a question about their health in the 2011 Census.

“Just because a place is green does not compel us to feel better on its own,” Chanuki Seresinhe, a Ph.D. student in the Data Science Lab at Warwick Business School said in a statement. “It seems to be that the beauty of the environment, as measured by scenicness, is of crucial importance.

She told Sourceable that in addition to “rating stunning natural landscapes as scenic, people also rate images of beautiful buildings and bridges as being scenic, especially in urban areas.”

“We also found that the most scenic photos do not contain the highest proportion of the colour green.

“Instead, very scenic photos also tend to contain large proportions of grey, brown and blue—perhaps corresponding to mountains or lakes. We saw that less scenic images tended to be mainly grey with higher proportions of black and white, but interestingly, also contained more green than the most scenic photos.”

Seresinhe added that the research may be of particular interest to urban planners and policymakers, noting that those individuals may “find it valuable to consider the aesthetics of the environment when embarking upon large projects to build new parks, housing developments or highways.”

“Our findings imply that simply introducing greenery, without considering the beauty of the resulting environment, might not be enough,” she said.