In a move to become the largest manufacturer in the global roofing industry, GAF has announced a deal to purchase its Danish peer, Icopal A/S, for €1 billion ($1.08 billion). 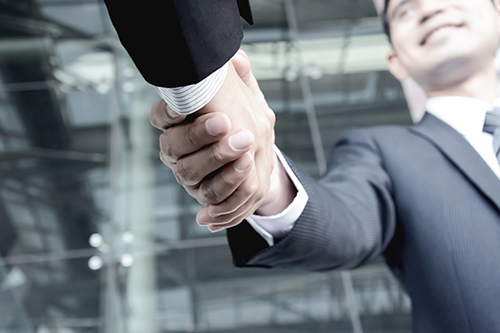 ©iStock.com / Kritchanut
According to the joint statement, the merger will create “one of the world’s leading roofing and waterproofing companies” with 65 manufacturing plants, 6,500 employees, and an annual combined turnover of nearly $4 billion.

The deal is expected to close by the end of the second quarter of 2016.

Founded in 1876 and based in Herlev, Denmark, Icopal is a manufacturer of roofing and waterproofing membranes. The company is described as “the market leader of roof installation services” in the Nordic countries. Icopal was acquired by Bahrain-based Investcorp in 2007.

Based in Parsippany, NJ, GAF is a subsidiary of Standard Industries Inc.—formerly known as Building Materials Corporation of America.

“We are proud to combine Icopal and GAF, two leaders in their respective markets for over 100 years that share a culture of meritocracy, quality and customer service, and a passionate focus on developing their people,” said David Millstone and David Winter, co-CEOs of Standard Industries.

According to the announcement, the merger will create “one of the world’s leading roofing and waterproofing companies” with 65 manufacturing plants, 6,500 employees, and an annual combined turnover of nearly $4 billion.

Icopal operates 30 manufacturing sites, 84 offices in Europe and North America and employs around 4,000 people. The company has annual revenue of about $1.08 billion.

Icopal’s product line includes construction materials for buildings and other structures and is primarily used in non-residential applications across Europe. Icopal’s operations and sales are currently concentrated in some of Europe’s largest economic regions including Germany, the United Kingdom, France and Scandinavia, the announcement said.

The company’s various brands include Icopal, Siplast, Vedag, Wolfin and Villas. In the United States, Icopal’s Siplast business has achieved a leading position in the high-end bitumen membrane segment of the commercial roofing market, the companies said. Siplast will continue to operate as an independent premium roofing manufacturer with an emphasis on a high level of frontline service, the joint announcement added.

GAF, founded in 1886, makes steep-slope, commercial roofing systems and other products. The company has annual sales of around $3 billion, approximately 3,000 employees and 29 manufacturing facilities.

Bob Tafaro, president and CEO of GAF, added that the company respects Icopal’s management team and welcomes them to the GAF family.

Further, Tafaro said he is “encouraged” by Icopol’s growth in synthetic and liquid products and by its strategic vision.