U.S. home renovation and design companies forecast more widespread revenue and profit growth in 2016 than they experienced in 2015, a new survey suggests.

Houzz Inc., an online platform for residential remodeling and design, released its 2016 Houzz State of the Industry report Tuesday (Jan. 19). 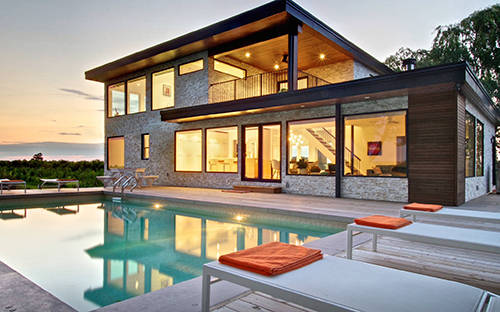 The report provides a recap of 2015 and an outlook for 2016 for residential renovation and design businesses based on data reported by more than 3,500 professionals in the Houzz community.

The vast majority of residential businesses “are bullish on 2016, expecting both revenue and profit growth to continue this year,” Houzz reported.

The company noted that those findings are roughly in line with the growth experienced in 2015 by all industry groups with the exception of architects, who anticipate more conservative growth rates in 2016 relative to 2015.

In order to sustain substantial growth in 2016, Houzz said half or more firms plan to further invest in marketing (50-70 percent of firms across industry groups).

“All of our Houzz industry research to-date points to an exceptional two-year run for the home renovation and design industry, leading to a healthy market in 2016,” said Nino Sitchinava, principal economist at Houzz.

Sitchinava said she expects businesses to increase their fees to offset rising labor costs and years of low margins, as well as focused efforts on larger projects while expanding their staff.

Despite overall industry growth in 2015 and a positive outlook for 2016, the survey cited the following challenges:

Last year was a year of revenue growth for nearly three-quarters (67-76 percent) of residential renovation and design companies on Houzz, mirroring 2014 rates, the company reported.

Houzz noted that similarly, while over half of firms experienced an increase in profits in 2015 relative to 2014, the proportion of companies that experienced this growth is approximately 5 percentage points lower than in 2014 across nearly all professional sectors.

Additionally, Houzz pointed to a gap of 7-14 percentage points between the proportion of firms reporting revenue growth and those reporting profit growth in 2015 for nearly all industry groups.

“Not coincidently, over half of the firms in each category reported that the cost of doing business increased in 2015, with those in the construction sector reporting the most widespread cost increases (76 percent among general contractors, 74 percent among building and renovation specialty companies, and 70 percent among design-build firms),” Houzz reported.

The Houzz State of the Industry study is conducted annually among home renovation firms on Houzz that offer services related primarily to residential renovation and/or design.

Houzz also released its Q4 2015 Houzz Renovation Barometer, showing continued confidence in year-over-year and quarter-over-quarter gains in business activity among renovation industry professionals, and an optimistic outlook for the first three months of 2016.