Fleets of flying robots may soon be landing and taking off from the first commercial airport designed specifically for drones.

They fly through the skies. They must be registered with the Federal Aviation Administration (FAA). And if the aircraft is issued an airworthiness certificate, a pilot license is required. So do drones need their own airports?

According to unmanned aircraft system (UAS) specialists Aerodrome drones, the answer is yes.

Aerodrome Is The First Commercial Airport For Drones https://t.co/DwMJ3KrAmK

The Henderson, NV-based company is working with the City of Boulder, NV, to construct the first commercial “droneport” and teaching facility in the United States, TechCrunch reported Jan. 10.

Called the Eldorado Droneport, it is one of the few FAA-approved UAS test sites in the country, the technology media site said. Reports indicate that only five other sites have received FAA approval.

Construction crews have already broken ground on the fully funded project, The Construction Index reported. Plans call for construction of the droneport and training center to be complete in about three years. 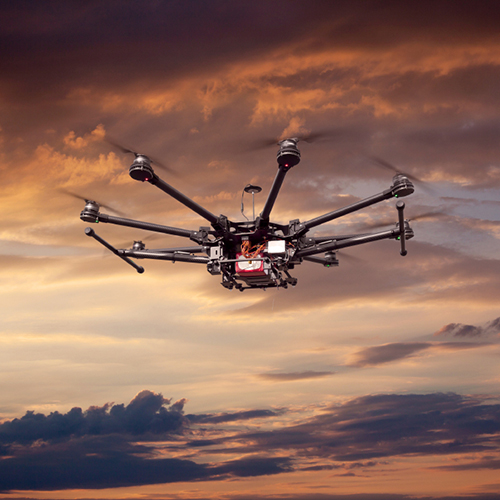 ©iStock.com / seregalsv
Thousands of companies in the U.S. are currently using unmanned aircraft systems, including some construction and surveying companies.

Located on 50 acres approximately 28 miles from the Las Vegas Strip, the facility will serve as a “teaching airport,” offer training, maintenance and other support functions on-site for the commercial drone industry and individual drone pilots alike.

"Unmanned air systems are inherently different from manned aircraft and require a whole new type of expertise in order to be executed safely," Jonathan Daniels, president of Aerodrome, told the industry news site.

Daniels explained that 2,500 companies in the U.S. currently hold the FAA 333 exemption permitting them to fly commercial drones, and the Eldorado Droneport will be the only place in the world where they get priority over manned aircraft. He sees it as a model not only for the U.S. but also for the world.

"This historic development has far-reaching implications, and will bring with it new aviation business opportunities, jobs and a profound new reputation for the U.S. as the world's leader in unmanned air systems,” he added.

According to its website, Aerodrome’s mission is to create a workforce prepared for technological expertise through its “teaching airport” so that the UAS workforce of the future can make a positive difference in the world. This is accomplished through certification training and custom education programs.

It provides education and FAA certification for flying and maintenance, job/career placement, and outsourced aviation and repair services.

Base 11 is a non-profit organization that seeks to match technology businesses, educational institutions and entrepreneurial opportunities with students who exhibit an interest and talent in science and technology but lack the resources needed to grow.

PACI is a service-disabled veteran-owned small business based in southern Nevada that develops practical solutions for multimodal (ground/air/sea/industrial) robotics and unmanned systems that benefit from experience and “best practices.”

Aerodrome’s teaching facilities are located in Detroit and Henderson, NV, with instructors from leading industry experts with unrivaled experience in the field, it says. Upon completion, the company says students will be fully prepared to pursue a career in this rapidly expanding industry.