Described as “more than a landmark” with some of the most sustainable features across the globe, construction is complete on the second-tallest building in the world.

Measuring 632 meters (2,073 feet), the Shanghai Tower comes in second only to the Burj Khalifa in Dubai, United Arab Emirates, which measures 828 meters (almost 2,717 feet), according to multiple media reports.

International design firm Gensler wrote on its website that the new tower in Shanghai is not just tall. It’s also one of the most sustainable buildings in the world thanks to “strategies and public spaces that set new standards for green community.” 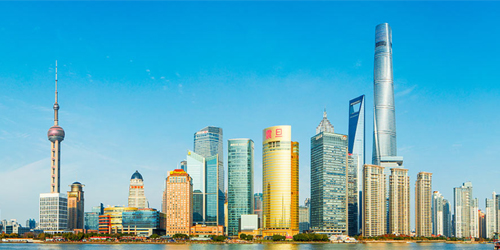 The Chinese government also said the building is “a symbol of a nation whose future is filled with limitless opportunities,” the magazine reported.

Gensler wrote on its website that the skyscraper has “Class A” office space, entertainment venues, retail shops, a conference center, a luxury hotel and cultural amenity spaces.

Architectural Review said the last part is one of the key components to the building, which officially made the list on the Council on Tall Buildings and Urban Habitat (CTBUH) as the second-tallest building in the world when it was complete in 2015.

The building is open to the public, the magazine said. Despite security risks, the architectural news source said the building has a variety of “cultural zones,” including sky gardens; business and leisure areas; and the hotel.

On the 37th floor, the public can access a museum and landscaped area, the magazine said. Away from the building’s dizzying heights, the ground floor becomes like an “open market” connected to a subway and an unusual dedicated bus lay-by.

Transportation inside is notable, too. Architectural Review said the elevator can travel the entire height of the building at 40 mph—580 meters (1,903 feet) in 32 seconds.

Even with the cultural amenities and the height, the building’s sustainability and spiraled design make it stand out in other ways, according to Dezeen. The news source said the curved design went through several wind-tunnel tests and is anticipated to reduce wind load by as much as 24 percent in the event of a typhoon.

CTBUH notes that the building—which started construction in 2008—is LEED Gold certified.

“The ventilated atriums it encloses conserve energy by modulating the temperature within the void,” the CTBUH wrote. “The space acts as a buffer between the inside and outside, warming up the cool outside air in the winter and dissipating heat from the interior in the summer.

Dezeen notes that Gensler—which has 46 offices around the world—has not put out an official statement about the building. The design firm is waiting for safety tests to wrap up before it does, but expects the building to open soon.