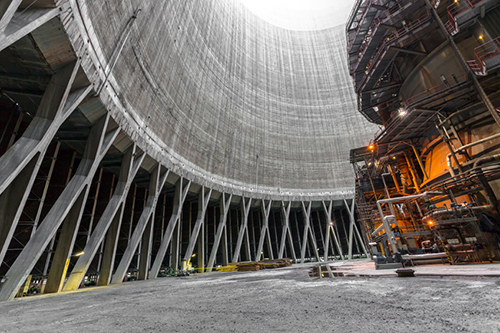 © iStock.com / annavaczi
Westinghouse awarded Fluor two subcontracts to manage labor in the construction of two of its AP1000 nuclear power plants in Georgia and in South Carolina.

“Fluor is excited to welcome much of the sites’ workforce into our family,” said Chris Tye, president of Fluor’s Power business. “We are pleased to add their experience, skills and talents to our team.”

Fluor booked $5 billion in contracts in the fourth quarter of 2015, the company said in a Jan. 4 statement announcing the appointment.

The award was publicized the same day that Westinghouse, based in Cranberry Township (Pittsburgh), PA, announced that it had received U.S. government approval Dec. 31 to complete the company's acquisition of CB&I Stone & Webster Inc., the nuclear construction and integrated services business of CB&I.

Westinghouse originally announced the acquisition deal in October, which was intended to bring an end to three years of legal action related to CB&I’s construction of Westinghouse’s AP1000 reactors in Georgia and South Carolina.

As reported earlier, project delays and almost $2 billion in overspending prompted lawsuits between Westinghouse, CB&I and the utilities that contracted their services. Through the deal, Westinghouse purchased the business of engineering, construction, procurement, management, design, installation, start-up and testing of nuclear-fueled facilities.

With these subcontracts, Fluor is supporting Westinghouse to quickly transition construction responsibilities, as well as the craft labor and a significant portion of the existing field staff workforce, from the previous contractor.

According to the Columbia Regional Business Report (SC), SCE&G (a subsidiary of SCANA) announced in October that it had negotiated a new agreement with Westinghouse that provided “greater certainty” on the project’s completion dates and costs.

Approximately $520 million has been added to the project’s total cost under the new arrangement, raising it to about $13 billion from the original March 2008 estimate $9.8 billion.

As a subcontractor to Westinghouse, the prime engineering, procurement and construction contractor, Fluor will manage the majority of construction labor at Georgia Power’s Plant Vogtle Units 3 & 4 near Waynesboro, GA, and at two additional nuclear electric generating units for SCANA/Santee Cooper at the V.C. Summer Nuclear Station in Fairfield County, South Carolina.

“We look forward to working with Westinghouse as one team to complete the construction of these two U.S. nuclear mega-projects,” said David Seaton, Fluor’s chairman and chief executive officer.

“These projects reconfirm our commitment to the nuclear power industry and are in line with our strategy to expand our construction footprint,” Seaton added. “We share the vision with Westinghouse, Georgia Power and SCANA/Santee Cooper that nuclear power matters to the future of clean energy.”