The paint protection film products designed by 3M are intended to protect the finish of a vehicle from scratches, stains, bug acids and rock chips, according to the company. 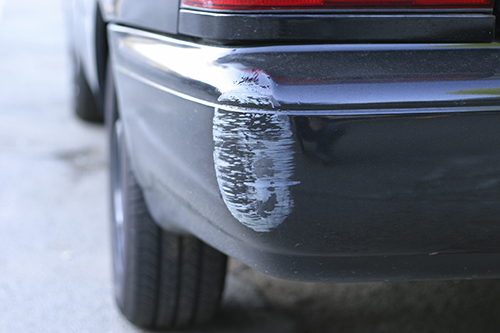 These products are among the more than 1,000 different products for body-in-white, paint, chassis, powertrain, interior and exterior applications that the company’s automotive division supplies to the automotive industry.

3M believes the XPEL product contains properties for which 3M was awarded the patent.

The suit points to XPEL’s website and the technical data sheet which illustrates the XPF paint protection film as a multilayer film. The site promoted the paint protection product as designed to "protect the leading edge of your vehicle from damage caused by rocks, gravel, salt or insects through the application of a thin and virtually invisible urethane paint protection film," the suit says.

3M is asking the court to order XPEL to stop selling the films, to compensate 3M for damages and sales and to pay for attorney and court costs.

XPEL released a statement confirming that it was aware of the claim, although no prior notice was given of the allegations comprising the complaint. The company said it is evaluating the merit of the complaint and intends to defend itself against such patent infringement claims.

The relationship between 3M and XPEL has not always been a competitive one, the San Antonio Business Journal reported.

In a 2005 press release, XPEL announced a partnership with U.S. 3M film distributors that helped to increase its market presence.

"By combining our efforts, these partners are also driving XPEL brand awareness, supporting 3M-certified product installation training, and facilitating delivery of the absolute best-designed automotive survival products to the driving public," the Journal quoted from the company’s statement.

Additionally, a portion of the XPEL offices were once home to a training center for 3M certified installation of paint protection film, although it is not known when that business relationship ended.

According to the Journal, 3M developed its film for the U.S. military in the early 1990s. XPEL, meanwhile, created proprietary software to provide real-time automotive model templates to dealerships and retail kits to consumers. Reports are unclear as to whether XPEL began purchasing film from a third-party manufacturer or began its own development.

XPEL, however, does hold a U.S. patent on the process of applying the film, although not the product itself, the Journal noted.

Neither company is releasing additional comments about the suit.