With 2015 having come to a close, the association that represents roof coatings manufacturers has announced that it achieved five strategic goals and a successful merger with another association during the past year.

In its 2015 Annual Report, the Roof Coatings Manufacturers Association (RCMA) said it increased its net income by 11 percent and added 10 new members last year. It also highlighted what it calls a “successful” merger with the Reflective Roof Coatings Institute (RRCI), which the association said helped achieve a stronger voice in the roof coatings industry.

“Our membership and the leadership of our management team have helped us to realize growth in our financial reserves—which truly helps RCMA to execute its strategic initiatives and plan for successes in the future,” said Helene Hard Pierce, RCMA president, in the report. 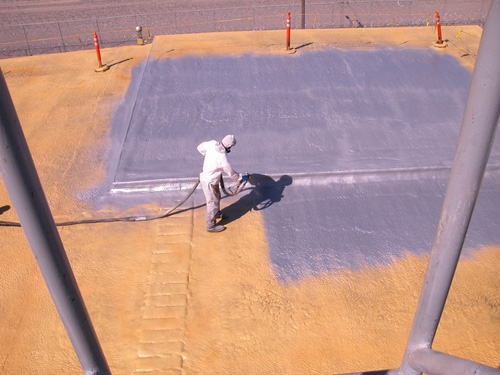 “This annual report is our first endeavor to provide a year-end overview and share some of your Association’s accomplishments.”

In a summary of its report, RCMA said its merger with RRCI resulted in the launch of the RCMA Speakers Bureau program; redesign of the RCMA website; and revision of the “Reflective Roof Coatings and LEED” white paper. The association also said it enhanced its communication and government relations programs.

In its government initiatives, RCMA said it engaged in hundreds of meetings on Capitol Hill and with state regulators to advocate and strengthen regulatory actions for the roof coatings industry.

Among those, RCMA—with the help of the Environmental Protection Agency’s Energy Star program and the Department of Energy’s Building Technologies initiatives—pushed for rebates or tax credits for those who use reflective roof coatings applied to low slope roofs on residential, commercial and industrial buildings.

RCMA also worked on revisions to the National Ozone Standards that would reduce or delay the effects of the National Ambient Air Quality Standards so that the association could learn more information on how the act would affect its manufacturers.

The association noted that 90 percent of volatile organic compounds (VOCs) have been eliminated from roof coatings during the past 30 years, but regulations continue to push for a reduction of those compounds.

In its fourth listed initiative in the annual report, RCMA said it increased its activity in providing technical and educational resources for the roof coatings industry. Its work included:

Finally, the RCMA selected NSF International to develop Product Category Rules for roof coatings; started the process of developing an industry magazine; and initiated a field study to examine the effects of application of reflective, elastomeric coating on aged and new single-ply membrane materials.

With 67 member companies, 27 associate members and 40 regular members, RCMA said it advances, promotes and expands the national and international market for the roof coatings industry. More information on RCMA can be found on its website.