Hempel has introduced a new high-solids marine antifouling coating that the company says leads to cleaner hulls for a longer period.

Hempasil X3+ is a two-component, biocide-free coating with hydrogel microlayers that is designed to prevent fouling organisms from adhering to a ship’s hull while retaining the self-cleaning properties of silicone, the company says. Hempel adds that because the paint is biocide-free, the product has no impact on the marine environment. 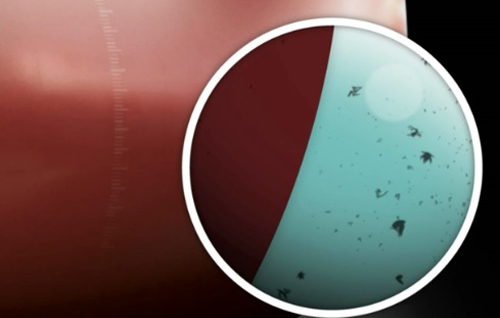 Hempel
Hempasil X3+ is a two-component, biocide-free coating with hydrogel microlayers designed to prevent fouling organisms from adhering to a ship’s hull, according to Hempel.

The new product uses a hydrogel network of polymer chains that absorb high amounts of water (up to 99 percent) to create a water-like boundary layer, according to the company. The company also says this helps “trick” fouling organisms into thinking the hull is a liquid instead of a solid, which minimizes protein and bacterial adhesion.