With insufficient evidence that antimicrobial coatings improve the fight against germs and an increasing concern about spreading toxins, a major health care company has decided to ban the products from its properties.

“But lurking beneath the surface can be a surprising number of pollutants that are anything but benevolent.”

The company, based in Oakland, CA, said that coatings manufacturers often add antimicrobial chemicals to their products in an effort to control infections. But the Center for Disease Control (CDC), it says, “has found no evidence to suggest the products offer any enhanced protection from the spread of bacteria and germs, and that proper cleaning and hand washing are the best ways to prevent infections. 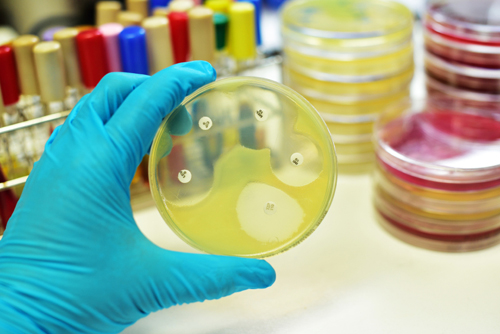 ©iStock.com / jarun011
Kaiser Permanente, which operates hundreds of health care facilities in the U.S., has banned antimicrobial coatings for new construction and renovations.

“Our thought is that if there’s a nonchemical way to solve a problem or there are greener products available that offer the same performance, we should pursue those as safer alternatives,” said Kouletsis.

The decision itself is not new. Kaiser Permanente—which it says operates 38 hospitals and more than 600 medical offices throughout the U.S.—began asking its architects and designers to stop using antimicrobial products in 2006. But it wasn’t until recently that the company had a formal policy against using them.

A spokesman for the American Coatings Association said the group still was determining what the formal policy will mean for those who manufacture coatings and paints.

“We’ve been communicating with our members in the paint and coatings industry to determine the potential impact,” the spokesman, who asked to remain anonymous, told Durability+Design on Tuesday (Dec. 15).

Durability+Design also attempted to contact the American Chemical Association but did not receive an immediate response.

Decisions to stop using antimicrobials isn’t the first time the health management company has taken a stand against toxins in coatings or building materials. As reported in 2014, Kaiser Permanente decided to use only zero- or low-VOC coatings beginning in 2008. They also stopped using furniture containing toxic flame-retardants at its facilities.

That decision to stop the flame-retardants didn’t sit well with critics, who said the company might be compromising fire safety at its locations.

“It is unfortunate that Kaiser Permanente could be sacrificing fire safety when flame retardants, like all chemicals, are already subject to review by U.S. Environmental Protection Agency and other regulatory bodies in the U.S. and around the world,” the American Chemistry Council’s North American Flame Retardant Alliance said in a statement at the time.

“Industry continues to innovate to help meet the fire safety needs of modern life,” the group had said.

Others had congratulated the company on its decision after a university study had demonstrated that hazardous flame-retardant chemicals, such as polybrominated diphenyl ethers (PBDEs) and non-PBDE flame retardants, was widespread in child-care facilities.

“Kaiser Permanente is creating national momentum in the health care sector for abandoning flame retardant chemicals in exchange for safer alternatives,” said Gary Cohen, president and founder of Health Care Without Harm and the Healthier Hospitals Initiative, at the time of the 2014 decision.

But the decision to stop using antimicrobial coatings came after years of research, too, the company said recently.

“Several years ago we stopped purchasing hand soaps that contain the antibacterial triclosan because it was found to be no more effective than washing with plain soap and water, and may cause hormone related health problems,” said Kathy Gerwig, Kaiser Permanente’s vice president of employee safety, health, and wellness, and the company’s environmental stewardship officer, in its recent statement.

“Removing antimicrobials from interior products is an extension of our longstanding efforts to create healthier environments for everyone.”

The company—which said it consulted with several experts before making its decision and referred to a 2003 CDC report on improving patients’ infection-related risks—said it is effective immediately. However, it will be enforced only on new construction projects and renovations.

That still could add up to a significant influence, the company said, because of the number of ongoing projects at its hundreds of facilities.

The news also is in line with other antimicrobial trends in the medical community.

The global use of antimicrobial nanocoatings is continuing to grow, according to a recent report. That report—“The Global Market for Anti-Microbial Nanocoatings 2015”—suggests that new legislation and growing microbial resistance against metal ions; antibiotics; and resistant statins has led to manufacturers seeking alternatives to traditional antimicrobial coatings.

“The development of antimicrobial agents with low toxicity and ability to inhibit microbial contamination is a key issue in the development of new coatings for healthcare, packaging and food and pharmaceutical production,” the market research suggests.

“The ability of nanoparticles to meet these has lead to their increased use in these and numerous other markets such as consumer electronics, textiles, water filtration and household care.”

As for Kaiser Permanente, the company said antimicrobials have found their way into “every corner” of the health care setting. They are now routinely added to paint and grout; ceramic tile; fabrics; glass; refrigerators; and toilet seats.

As a result, the company has listed 15 chemicals it said will be banned from its facilities, all of which are used in a variety of these products.