Like his father, Byron Lapin believed in providing his customers with “convenience in a can.”

He expanded on his father’s idea in the 1970s when he became president and CEO of the family’s aerosol valve company. Mr. Lapin created subsidiary Convenience Products to offer name-brand specialty coatings, sealants and adhesives for commercial, industrial and residential construction, according to his company’s website. 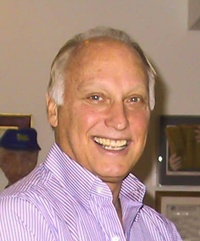 He was the president and CEO of Convenience Products, which manufactures Touch ‘n Foam, Touch ‘n Seal, and Seal-Krete, according to a statement released by the company on Monday (Nov. 16). The company has locations near St. Louis, where the elder Lapin had founded parent company Clayton Corporation, and Auburndale, FL.

At the time of Byron's death, Clayton Corporation—which is still owned by the Lapin family—employed 257 people at its Fenton, MO; Pacific, MO; and Auburndale facilities, according to the St. Louis Business Journal. In addition to the aerosol valves, the company makes plastic components for manufacturers.

Mr. Lapin earned a bachelor’s degree in English from the University of California at Los Angeles after graduating Beverly Hills High School in California, according to the Business Journal.

Prior to working for his father’s company, the journal reported that Byron was a talent agent for the GAC Agency in Hollywood. It was there that he met his wife, Sharon Vaughn.

He served on the board of Dance St. Louis and, with his wife, was a founding member of the St. Louis Science Center’s Albert Einstein Society, the journal noted. He and his wife also were members of the St. Louis Club and Missouri Athletic Club.

Surviving, in addition to his wife, is a sister, Linda Levine, of Los Angeles.

Services were held in St. Louis. Mr. Lapin will be entombed in Los Angeles.