Greenbuild Opens with Call to Action

That’s the key message Rick Fedrizzi, the U.S. Green Building Council co-founder and CEO, delivered to a crowd of 10,000 during the opening address Wednesday (Nov. 18) at the Greenbuild 2015 conference and exposition in Washington. 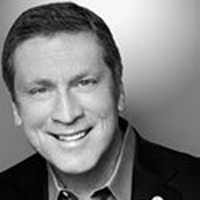 USGBC
“The environment and economy are deeply connected," said USGBC co-founder and CEO Rick Fedrizzi during the keynote address at Greenbuild 2015.

Fedrizzi’s message to the crowd of sustainable building professionals and trailblazers comes as the organization is going through a “re-engineering” of its leadership.

The visionary co-founder is stepping down from his post as CEO at the end of 2016. USGBC’s Chief Operating Officer Mahesh Ramanujam will move into the role in 2017.

Moreover, the USGBC will add its first ever Advisory Council in 2016. The council will provide guidance on policy and initiatives across the sustainability movement.  Fedrizzi invited Ramanujam, members of the council, as well as the USGBC board of directors to join him on stage during his remarks.

Throughout Fedrizzi’s tenure, the organization has had sweeping global impact and becoming the most widely-used green-building certification program. LEED, or Leadership in Energy and Environmental Design, projects can be found in more than 150 countries.

In addition to the evolving governance of the green-building organization, Fedrizzi’s comments focused on climate change, urging building professionals to raise their collective voice on the issue of sustainability.

He said the leaders of the country and those who are seeking leadership in our country need to get the message: “Sustainability is the one and only choice.”

He dismissed the ideas that climate change is a “pseudo-scientific” and a “hoax,” arguing that those ideas ignore the business and development of green building.

“The environment and economy are deeply connected,” he added.

The old-world view that environmentalism and capitalism are separate is mistaken, he said. Green construction is an industry worth $3.8 trillion and by 2018, there will be 3.3 million U.S. jobs in green building, Fedrizzi said.

The CEO’s call to action for the building community is one not about saving the planet, as “the rock will be here long after we are” but about “saving humanity.”

HUD Secretary Castro spoke to the Greenbuild attendees about the work the agency is doing in the green building arena.

He noted that the agency has developed a Climate Council with three main objectives: to give families the opportunity to live in healthy homes; to provide housing that is ready and able to deal with natural disasters; and to expand and provide residents with training in green technology, energy and related fields.

Brzezinski provided the attendees with a live interview with the master behind blockbuster films, such as Avatar and Titanic.

As a member of the media and entertainment, Cameron said he attempts to educate the public about environmental issues through his work and thus get people to take action by voting.

He said action on climate change must be taken seriously, noting that some of the candidates for presidency are in “paid denial mode” on the topic.

Cameron called climate change the number one threat to national security. He spoke about the causal link between climate change and the collapse of communities, famine, wars, and other crises.

He referenced the collapse of Syria and severe drought as an example.

During the interview, Cameron also suggested that pricing carbon would be the “only way to cut emissions.”

His passion for the environment also translates to what he eats. The filmmaker says he eats a vegan diet and encourages others to as well.