Six companies in Connecticut have paid more than $92,000 in fines and committed to environmental projects to settle claims that they violated the Environmental Protection Agency’s lead-based paint rules.

The EPA inspected 65 companies and landlords in the New Haven, CT, area during the summer of 2014, according to a Nov. 3 agency statement. EPA inspectors were checking to see if all were following the agency’s Renovation, Repair and Painting Rule (RRP) and Lead Disclosure Rule on projects that involved lead-based paint.

“Our targeted work to reduce the threat of lead poisoning in New Haven will help protect the public, and children in particular,” said Curt Spalding, regional administrator of EPA’s New England office, in the statement. “We already see evidence of increased compliance, and we hope to see better-educated parents and homeowners demanding safer home renovations for their families.”

According to the EPA, the RRP requires contractors who perform work on residences built before 1978 to use safe work practices to ensure minimum amounts of dust from those renovations. Prior to 1978, most architectural coatings contained lead-based products. 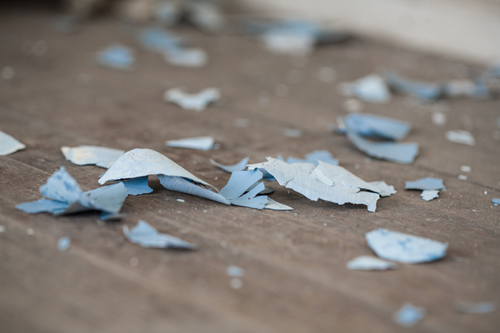 ©iStock.com / XiFotos
The federal government requires contractors to keep dust a minimum when renovating older homes and landlords to disclose the presence of lead paint in the units they rent, according to the EPA.

Landlords also are required to follow the Lead Disclosure Rule. That rule lets tenants know about any lead paint that may be in their rental units, the EPA said.

The EPA spread out its compliance inspections and certification program over several weeks, the EPA said in its statement. Because of its success, the focused initiative was repeated earlier this year in Nashua, NH. The agency said other New England communities are likely to have the same initiative in the future.

In addition to the compliance checks, the EPA also helped 40 companies apply to become certified firms. That included one of the six companies found to be in violation, the EPA said.

Tim Jones New Look Remodeling, of North Haven, paid a $1,000 fine and came into compliance under an expedited settlement, the agency said. Although the EPA said the settlement resulted in a single penalty of the RRP, it did not specify what violations the company had made.

In addition to the one expedited settlement, the EPA assessed penalties and fines against five additional alleged violators: