Rust-Oleum has introduced a clear gloss polyurea that the company says can be used over any painted surface to create a customized writable wall.

Write-On Paint is compatible with standard dry erase markers and cleaners and its low-odor formula makes it ideal for use in offices, conference rooms and schools, the company says. Rust-Oleum also says the product can be used on drywall, wood, cement, hardboard and metal substrates with priming recommended first for unpainted surfaces. 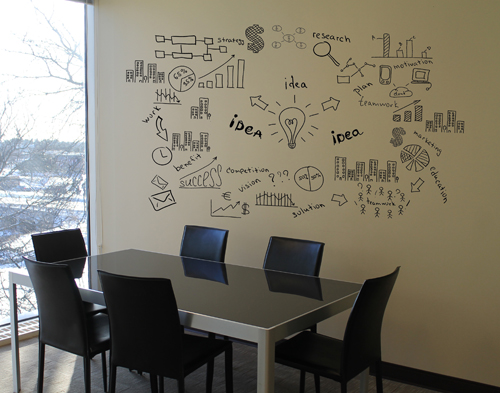 Rust-Oleum
Write-On Paint can be used over any painted surface for a customized writable wall, according to manufacturere Rust-Oleum.

Product features include what the company calls “burst-pouch” technology that allows mixing the product with making a mess.

Write-On Paint dries in four to eight hours and is ready for use in three days, according to Rust-Oleum.