On Nov. 3, the DOC issued an affirmative determination for imports from China, India, Italy and South Korea, saying they were produced using unfair government support, according to a Reuters report.

Taiwan was found not to be subject to countervailing duties, MetalMiner reported Nov. 4. 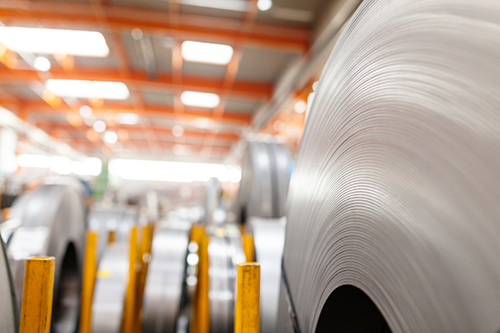 As defined by the DOC, CVDs are: “financial assistance from foreign governments that benefit the production of goods from foreign companies and are limited to specific enterprises or industries, or are contingent either upon export performance or upon the use of domestic goods over imported goods.”

Investigations began after the USITC determined that there was reasonable indication that the U.S. industry was threatened by these imports, which were alleged to be government-subsidized and sold at less than fair value in the U.S.

The affected goods included certain flat-rolled steel products, either clad, plated, or coated with corrosion-resistant metals such as zinc; aluminum; or zinc-, aluminum-, nickel- or iron-based alloys. They included products regardless of whether they were corrugated or painted; varnished; laminated; or coated with plastics or other non-metallic substances in addition to the metallic coating.

They also cover coils that have a width of 12.7 mm or greater, regardless of form of coil and products not in coils (e.g., in straight lengths).

More than $1.5 billion worth of such corrosion-resistant product was imported from the affected countries in 2014, Reuters said.

In his company’s statement to the press, James L. Wainscott, chairman, president and CEO of AK Steel said he is pleased with the preliminary ruling. “These determinations are an important step in ensuring that our foreign competitors play by the rules of fair trade,” he said. “Action is urgently needed to counteract the significant injury that is being caused by unfairly traded imports.”

The DOC found that, in four of the five target countries, steel manufacturers did receive local and national subsidies and will face commensurate subsidy rates ranging from:

Several of the Chinese companies under scrutiny have been hit hard by the duties, subject to the 235.66 percent subsidy rates.

This is because, despite being classified as “mandatory” respondents, the companies either notified the DOC that they would not participate in the investigation or simply did not respond, Metal Miner reported. The rate was set based on available facts.

In its analysis of the findings, Steel Market Update indicated that—with the exception of the Chinese companies and one Italian company that did not participate in the inquiry—the subsidy rates are small enough that they can likely be absorbed by the manufacturers.

Taiwan companies were found to have received no subsidy, so the steel companies from Taiwan have no countervailing duty charge, according to Steel Market Update.

Now, the DOC will verify the information submitted by the foreign producers and their governments, which will also have the opportunity to submit case and rebuttal briefs to the DOC and participate in a hearing.

After this process, the DOC is expected to release its final determination Jan. 18.

In the meantime, Border Protection has been advised by the DOC to require cash deposits based on the preliminary subsidy rates from those companies affected by these subsidy rates.

CVDs can also be imposed retroactively beginning 90 days prior to the issuance of the preliminary determination.

The antidumping (AD) portion of the investigation is still in progress; an announcement on this is anticipated around Dec. 21. Any AD duties determined at that time would be added to the CVDs.

According to its press release, AK Steel and the other petitioners allege anti-dumping duties ranging from 120.20 percent to 71.09 percent.

The USITC is expected to release its final injury determination in March.