A federal lawsuit has been filed by the family of one of the crewmembers of the El Faro, which sank earlier this month during a hurricane.

The case is the first in federal court, according to a Monday (Oct. 26) article in The Florida Times-Union. It was the third lawsuit filed; the others were in Florida state courts.

The suit was filed on behalf of the family of Jackie Jones Jr., a 19-year-old mariner whose family includes five children, the daily newspaper reported.

“We have information that the ship had corrosion issues,” said Elizabeth Kagan, the family’s attorney.

In addition to allegations that water sometimes entered the 40-year-old ship’s cargo area where vehicles were transported and that the ship was due for repairs that had not been made. It also claims that previous repairs were not done correctly, the newspaper said. 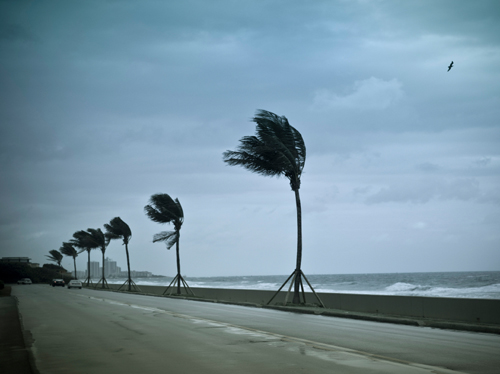 ©iStock.com / Pgiam
A federal lawsuit has been filed by the family of a mariner who was on the El Faro when it disappeared during Hurricane Joaquin (not shown). It is the third lawsuit to be filed since Oct. 1.

The lawsuit was filed against Capt. Michael Davidson and says that Davidson made a decision to leave port in the direction of the storm; against Star Lines, which owns the ship; and against TOTE Services, which was in charge of the ship’s operations.

“We need to know why he was making those final decisions,” said Kagan in regard to naming Davidson in the suit.

As captain, he would have charted the course and made the decision to leave harbor, the daily newspaper reported. Kagan told the paper that the ship was supposed to be 65 miles south of the storm but was only 20 at the ship’s last-known location.

The recent federal suit was filed under the Jones Act, which requires that the owner of a ship must provide safe working conditions, The Florida Times-Union reported. The lawsuit also was filed under the Death on the High Seas Act, which allows a family to recover certain damages when a death occurs in international waters because of negligence or unseaworthiness and other maritime law.

The state lawsuits were filed by widow Tina Riehm, whose husband, third mate Jeremie Riehm, was on the ship; and Joanna Johnson, whose son Lonnie Jordan also was lost, the daily newspaper said.

According to a local CBS affiliate in Jacksonville, one of El Faro’s sister ships has an even worse record than El Faro and a history of maintenance and corrosion issues.

Action News Jax reported that the Coast Guard had issued a “no sail” order for the El Yunque—which is nearly identical in age and structure, the station says—because of a “hazardous/unsafe condition.”

The report, according to the news station, said that the problem stemmed from improper maintenance of the port lifeboat davit. The order later was lifted.

Sullivan also said that that the “no sail” order likely meant the ship was dealing with a high level of corrosion issues. Records show that the Coast Guard listed an improper maintenance issue for El Yunque—which like the El Faro is 40 years old—saying that the lifeboat motor and electrical connection were heavily corroded.

“If they’re pointing out this type of corrosion and wastage that’s easily visible, imagine those parts of the ship you can’t see easily,” said Sullivan who also told the news station that the El Faro probably never should have been sent to sea in a storm.

El Faro was 36 nautical miles northeast of Acklins and Crooked Islands, Bahamas, and close to the eye of Hurricane Joaquin, when it went down on Oct. 1, according to a Sunday (Oct. 25) article in The Maritime Executive.

The niche publication said the ship sent out a distress signal just moments after the ship’s master had called TOTE’s designated person ashore and reported that the ship had taken on water. It also was listing 15 degrees and had lost propulsion, the publication reported.

Neither the Coast Guard nor TOTE were able to communicate with the ship after that.

There were 28 Americans and five Polish crewmembers on the ship at the time, The Maritime Executive noted. The search for survivors was called off on Oct. 7.

A Navy search team has reached the last-known location of the 790-foot vessel and will use submersible devices to search for the ship’s black box-style recorder, The Florida Times-Union reported.

When the ship left Jacksonville, FL, the terminal manager reportedly said that the ship met stability criteria. Because of the expected bad weather from the hurricane, TOTE’s procedures called for some of the cargo to be “double lashed.” The Maritime Executive said that procedure had been met.

Earlier this month, the National Transportation Safety Board said the El Faro had completed successfully ABS class and statutory surveys in February. None of the deficiencies noted in those surveys involved the ship’s propulsion system, and all had been corrected, The Maritime Executive reported.