Leading supplier of nuclear plant products and technologies to utilities throughout the world, Westinghouse Electric Company LLC is expanding its global offerings through the acquisition of nuclear construction and integrated services firm CB&I Stone & Webster Inc.

Based in Cranberry Township (a suburb of Pittsburgh), PA, Westinghouse, owned by Toshiba Corporation, announced Tuesday (Oct. 27) that a definitive agreement on the deal had been signed.

According to coverage in the Pittsburgh Post-Gazette Wednesday (Oct. 28), the deal brings an end to three years of legal action related to CB&I’s construction of Westinghouse’s AP1000 reactors in Georgia and South Carolina. 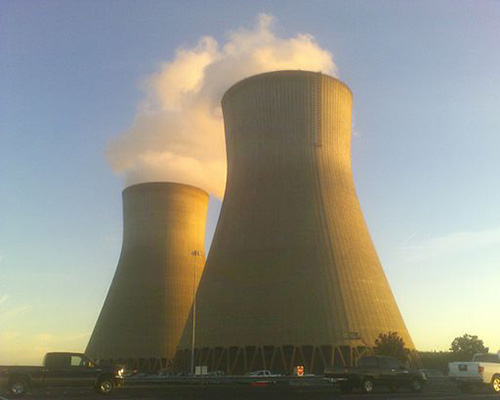 Project delays and almost $2 billion in overspending prompted lawsuits between Westinghouse, CB&I and the utilities that contracted their services.

As part of the agreement, Westinghouse will acquire all of the outstanding equity interests in CB&I's nuclear construction business, CB&I noted in its own statement on the acquisition.

Both parties anticipate the deal will be completed by December 2015.

Originally founded in 1886, and recognized as the largest maker of nuclear fuel, Westinghouse technology is the basis for approximately 50 percent of the world’s operating nuclear plants, according to the company.

Through this deal, Westinghouse is purchasing the business of engineering, construction, procurement, management, design, installation, start-up and testing of nuclear-fueled facilities.

This acquisition is expected to strengthen Westinghouse’s global leadership position and move the company’s nuclear innovation legacy to the next level, the company says.

With a focus on new-plant projects, the agreement will also expand Westinghouse’s decontamination, decommissioning and remediation services; enhance its major nuclear project management and environmental services offerings; and add to its extensive innovation-driven engineering expertise.

These businesses will fall under a new Westinghouse subsidiary, which also will include a new government services business currently under development.

“As the industry leader in innovation, Westinghouse welcomes the CB&I Stone & Webster personnel,” he added. “These highly skilled energy professionals will join us in being the first to innovate the next solution that will provide the clean, reliable nuclear energy the world needs.”

In addition to the professional technical employees who will join the new Westinghouse subsidiary under the acquisition, Westinghouse will assume total control of CB&I’s project operations and assets, including the V.C. Summer project in South Carolina, the Vogtle project in Georgia and the nuclear projects in China (where the world’s first AP1000 reactors are expected to be operational starting next year); as well as heavy cranes and equipment and 11 facilities in the U.S. and Asia.

Founded in 1889 in Chicago, IL, as Chicago Bridge & Iron Company, CB&I describes itself as the most complete energy infrastructure-focused company in the world. Operating out of its worldwide administrative office in The Woodlands, TX, CB&I’s corporate headquarters are located in The Hague, Netherlands.

CB&I will continue to supply discrete scopes of modules, fabricated pipe and specialty services to Westinghouse on a subcontractor basis for the U.S. nuclear projects, the company says.

The transaction does not include CB&I's fossil power generation capability, its nuclear and industrial maintenance business, the MOX nuclear fuel conversion project at Savannah River, its federal decommissioning business, and the NetPower program for the development of power generation plants with zero CO2 emissions.

"This transition is a positive development for all stakeholders in the current nuclear projects as it provides, through Westinghouse, a single focus of responsibility and accountability for the completion of the AP1000 units," said Philip K. Asherman, CB&I president and chief executive officer.

"For CB&I shareholders, it provides clarity and increased predictability from our growing backlog of work in markets that are more strategic to our future growth," he adds.

At the time of its news release, Westinghouse was in negotiations with Fluor Corporation to make Fluor responsible for hiring and managing the construction workforce on the two current U.S. projects—between 7,500 and 8,000 workers, according to the Post-Gazette.

Fluor verified in an announcement Tuesday that it would immediately sign on as a subcontractor to manage construction of the two Westinghouse AP1000 nuclear power reactor projects in Georgia and South Carolina.

“We are very pleased with the vote of confidence that Westinghouse and the nuclear facility owners have placed in our company to manage the construction of these two U.S. nuclear mega-projects,” said Fluor Chairman and Chief Executive Officer David Seaton.

Fluor will begin work immediately under a professional services agreement to assess the two projects, engaging the workforce and planning a transition of duties and responsibilities required to develop appropriate plans to manage plant construction.

Fluor and Westinghouse have further agreed that Fluor’s scope will be performed on a cost-reimbursable basis, without liability for preexisting conditions associated with prior construction.

At closing, Westinghouse will assume, and indemnify CB&I for, previous, current and future liabilities associated with the AP1000 nuclear projects, the company says.

CB&I will receive $229 million in cash payments from the deal. Of that figure, $161 million is expected upon Westinghouse’s substantial completion of the nuclear projects, and $68 million is anticipated when specific milestones are reached related to CB&I's continued contributions related to supply of material and services as a Westinghouse subcontractor for the nuclear projects, as outlined above.

In connection with the deal, CB&I anticipates incurring a non-cash after tax charge of approximately $1.0 to $1.2 billion related to a loss on the transaction and the impairment of goodwill and intangible assets, of which approximately $904 million will be recorded in the third quarter.

CB&I has secured relevant waivers and amendments relating to banking and credit facilities underscoring the support from banking partners for this transaction.

Excluding the effects of the transaction, CB&I anticipates adjusted operating income of $271 million, or 8.1 percent of revenues, and adjusted net income to approximate $164 million, or $1.54 per diluted share.

Now that Westinghouse will be the sole contractor over the Vogtle nuclear plant expansion, Georgia Power announced that it and fellow co-owners (Oglethorpe Power Corporation, Municipal Electric Authority of Georgia and Dalton Utilities) have agreed on terms to settle all claims currently in litigation with the contractors.

This project represents the first construction of new nuclear units in the U.S. in about 30 years.

The terms include additional protections in the engineering, procurement and construction contract against future claims. According to the Post-Gazette, these adjustments limit Westinghouse’s ability to increase prices, enables project owners to lock in a fixed price and sets penalties if Westinghouse misses project milestones.

"This settlement is extremely positive for the Vogtle project and now the contractors can focus 100 percent on project execution," said Buzz Miller, executive vice president of nuclear development for Georgia Power.

"The agreement resolves current and pending disputes, reaffirms the current schedule and increases efficiencies by streamlining resource deployment with Westinghouse and its affiliates as the prime contractor over the Vogtle expansion."

Georgia Power's portion of the settlement cost is around $350 million, significantly less than the litigation claims, the company said.