Sherwin-Williams is billing its latest product offering as “one of the most significant technological breakthroughs” in its nearly 150-year history. 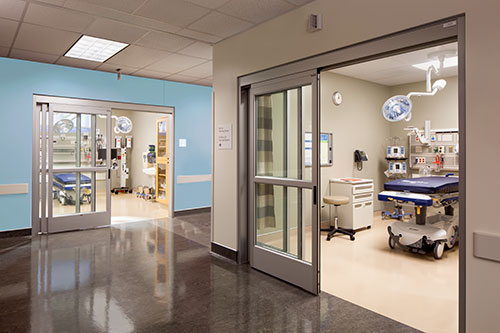 Photos: Sherwin-Williams
The new coating offers medical facilities a new tool to help in the fight against the spread of hospital-acquired infections, according to Sherwin-Williams.

By killing infectious bacteria on painted surfaces, the product offers healthcare facilities and other environments a new weapon to combat the spread of bacteria that can cause hospital-acquired infections, the Cleveland-based coating manufacturer said in a product release announcement Wednesday (Oct. 28).

According to the U.S. Department of Health and Human Services, healthcare-associated infections are one of the leading causes of preventable deaths in the U.S. and the U.S. Centers for Disease Control and Prevention estimates that approximately one in 25 U.S. patients contract at least one infection during the course of their hospital care.

Revnew told The Plain Dealer that the chemists were able to successfully suspend and stabilize the compound in the paint without compromising the paint’s integrity.

The EPA determined that once Paint Shield is applied, the effectiveness lasts for up to four years, as long as the integrity of the surface is maintained, Sherwin-Williams reported.

The product can be applied via brush or roller on interior hard, non-porous ceilings, walls, doors and trim.

It is recommended for use in a range of settings, including healthcare facilities, athletic facilities, schools, day care centers, senior care communities, residential housing, hospitality settings and cruise ships, the company notes.

The company says the new paint will be available for purchase in Sherwin-Williams stores throughout the U.S. beginning in the first quarter of 2016.