When the Chinese oil tanker Shen Neng 1 ran into the Great Barrier Reef and scraped off part of its bottom coating in the process, it was just the beginning of the event’s environmental impact.

The 115,000-square-meter (about 137,539-square-yard) wound the ship left more than five years ago on the Douglas Shoal area of the reef also contains a highly toxic—and now banned—antifouling coating that was common at the time.

To date, cleanup of the area off the Australian coast has still not begun—and likely won’t happen until next year at the earliest.

Meanwhile, toxins from the paint are negatively affecting new coral growth where the ship struck the reef, one of the seven wonders of the natural world.

And, as time passes, the threat grows that ocean waves will spread the toxins further.

Toxins in the Water

The toxic paint that remains on the reef from the April 3, 2010, wreck is a result of the “bottom paint” used on the tanker. It was a common coating used until it was found to leach copper into the water, the Brisbane Times reported Wednesday (Oct. 21).

That paint contains a banned substance called tributyltin, known as TBT, as well as copper and zinc. The highly toxic TBT has "become embedded on coral rock" at the site because of the lack of cleanup activity, according to the paper.

Legal action has been the cause of the delay, the Gladstone Observer reported Tuesday (Oct. 20).

For the past two years, the Australian government has pursued a case to make the ship’s owners and/or insurers pay for the damage and cleanup, as reports indicate the ship was travelling 10 kilometers (6.2 miles) outside the shipping channel when it crashed into the reef at full speed.

Costs to clean up the area are estimated at AUS $50 million (about US $36 million). To date, the government has not been successful in its efforts to collect on these costs.

However, in an Oct. 19 Senate Estimates hearing on the matter, Sen. Larissa Waters asked that the government take immediate action to clean the reef first and then recoup the costs from the tanker’s owners and its insurers. 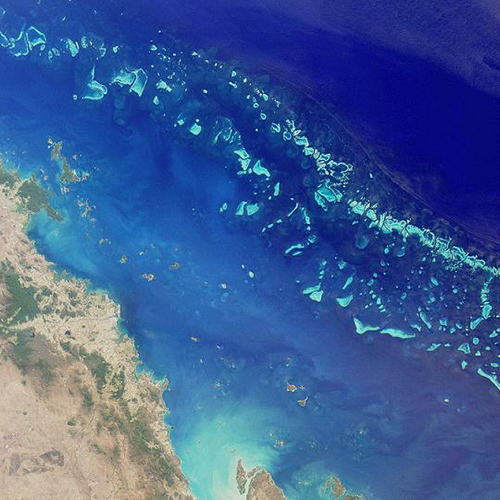 "The fact that the ship's highly toxic anti-fouling paint remains embedded in the reef means, obviously, that recovery of the reef is being impaired," Queensland's Environment Minister Dr. Steven Miles said Tuesday.

With those concerns, Miles echoed Waters’ stance, saying, “[W]e would welcome the Commonwealth Government providing upfront funding to the Great Barrier Reef Marine Park Authority, so that work can commence while the court case continues."

WWF Great Barrier Reef campaign manager Louise Matthiesson told the Australian Associated Press that it would take hundreds of years for the affected coral to rejuvenate if the paint is not cleaned up.

"The nature and extent of the damage at Douglas Shoal will be subject to expert evidence at the Federal Court trial," a spokeswoman for the GBRMPA told the Times.

She did confirm, however, that the costs of the cleanup are expected to exceed original estimates.

"We have received expert independent advice on what the remediation should involve and what the priorities are for a cleanup operation.

"The top priority would be to remove the toxic anti-fouling paint and residue which has become embedded on coral rock and mixed with coral rubble."

The trial is set for the Federal Court in Brisbane in April 2016.