Concrete Floor Coatings on the Rise 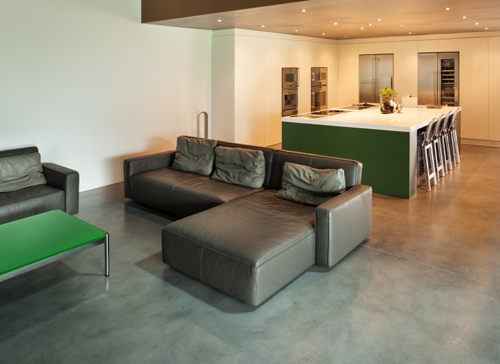 ©iStock.com / piovesempre
In terms of revenue, the global concrete floor market is expected to reach nearly $1.18 billion by 2020, according to a new marketing report from Transparency Market Research.

In terms of revenue, the global concrete floor market is expected to reach nearly $1.18 billion by 2020, according to the report. That’s up from about $745 million in 2013.

Epoxy-based concrete floor coatings make up the largest market segment both in terms of volume and revenue, the report notes. In 2013, epoxies had a greater than 50 percent share of the overall market. It’s followed by polyaspartics in the second spot and then by all others (such as polyurethane, acrylics and other smaller market segments).

Although North America dominates the regional segment of the market, growth in urbanization and population in the Asian Pacific market accounts for a strong market as well. In 2013, the Asian Pacific market accounted for 29 percent overall, the report notes. The recovering construction industry in developed countries—including the U.S., where the industry has seen a more recent surge—has been another important factor in the growing concrete floor coating market.

Because most concrete floor coatings are petroleum-based, the volatility in prices and supply variations puts added pressure on manufacturers, the report notes. This opens the opportunity for bio-based floor coatings in the near future.

Key players in the market include BASF SE, Sherwin-Williams, DSM, RPM International Inc., The Valspar Corporation and PPG Industries. The report notes that most of the companies involved in concrete floor coatings also manufacture other coatings or construction-related products. This helps companies focus on customer retention and offering quality products, which has been the recent trend.

Transparency Market Research said it derived its study of the concrete coatings market by analyzing the product value chain from feed stock through end-use. It also used Porter’s five forces model, which analyzes the degree of competition in the market by considering bargaining power of both buyers and suppliers and the threat from substitute products and new entrants.

The report uses USD exchange rates as of 2013 and does not take inflation into account, the marketing company said.