SURE House Shines in Solar Contest

Students from the Stevens Institute of Technology are basking in the glow of top honors at the U.S. Department of Energy Solar Decathlon 2015 after designing, building and operating “a coastal home for the future.”

The DOE announced the winners of the global Solar Decathlon competition at the Orange County Great Park in Irvine, CA, on Saturday (Oct. 17). The State University of New York at Buffalo took second place, followed by California Polytechnic State University in third.

Designed and built to withstand a hurricane, Stevens’ SURE (sustainable + resilient) HOUSE “stacks up very favorably against many homes designed by seasoned architectural teams, and in fact outstrips the vast majority of U.S. houses when it comes to energy performance,” said architecture contest juror Ann Edminster, a leading international expert on green homes and chair of the Green Building Task Force for the Commission for Environmental Cooperation of North America.

Among the design features are:

More details about the SURE House design can be read at Students Push the Solar Envelope.

“This prestigious competition to build energy-efficient solar-powered homes helps students prepare for successful careers in clean energy, and I want to recognize all of these teams for their hard work and creativity,” said Richard King, director of the Solar Decathlon for the DOE.

“Today’s results are the culmination of two years of perseverance and dedication. These students have helped demonstrate to thousands of visitors and viewers how to start saving money and energy in their own homes today.”

The teams competed in 10 contests over nine days that measured each house’s performance, livability and affordability. The teams performed everyday tasks, including laundry, cooking and washing dishes in measuring the energy efficiency of their houses. 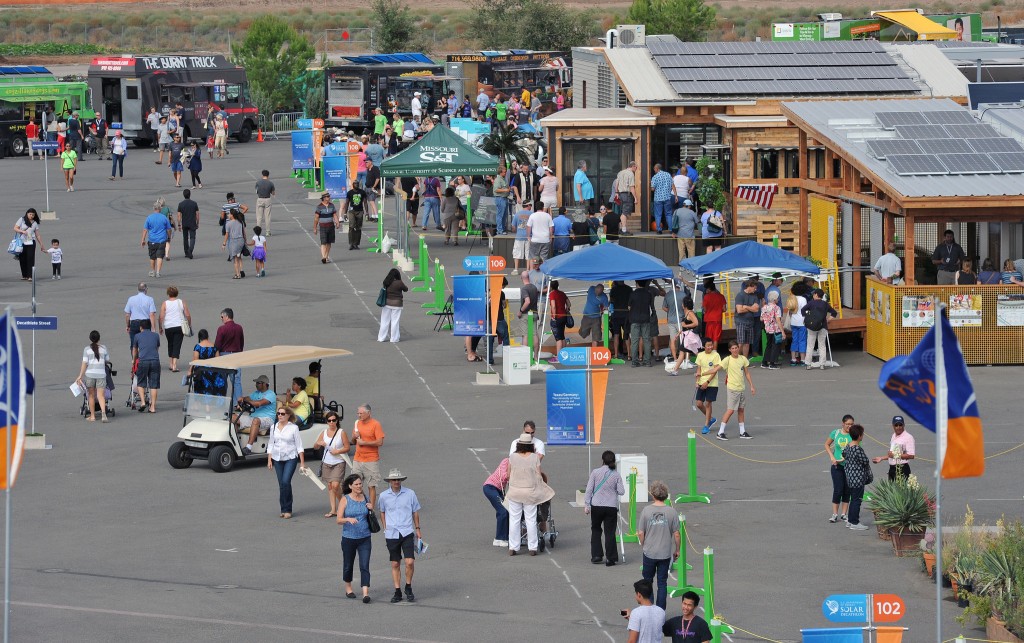 Stevens earned 950.685 points out of a possible 1,000 to win the competition, followed by The University at Buffalo with 941.191 points and California Poly with 910 points.

Full competition results and details about the individual contests may be found at Solar Decathlon results.

For its entry into the competition, the Buffalo team introduced its GRoW Home, an abode that reimagines sustainable urban living by pushing the conversation toward total self-sufficiency.

The design features include:

California Polytechnic State University’s submission for the 2015 competition was a house designed for coastal California—INhouse.

The INhouse design includes a number of special features, including:

The DOE invites entries for the eighth Solar Decathlon, scheduled for fall 2017. Applications for the collegiate teams are available here.